by Utebor Paul
in News, Nigeria
Reading Time: 1 min read
A A
1 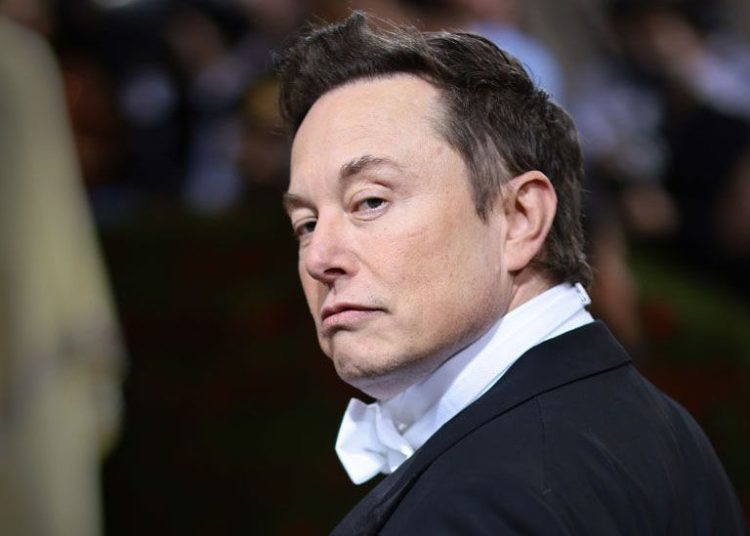 Twitter CEO and founder of Tesla Inc., Elon Musk, in a series of tweets on Twitter have accused  Apple and its CEO Tim Cook, of hating free speech in America.

Recall that Since Musk took over Twitter, he has reiterated his belief in free speech and said account users will not be suspended for tweeting their minds. He also restored the accounts of Donald Trump and Kanye West, both banned by the former Twitter management for their tweets that violated Twitter policies.

Elon Musk hints at stepping down as Twitter CEO

According to Musk, “Apple has also threatened to withhold Twitter from its App Store, but won’t tell us why,” Musk tweeted.

In other tweets fired, Musk called Apple’s App Store fees a “secret 30% tax,” and ran a poll asking if “Apple should publish all censorship actions it has taken that affect its customers.”

Apple has not commented on Musk’s tweets. 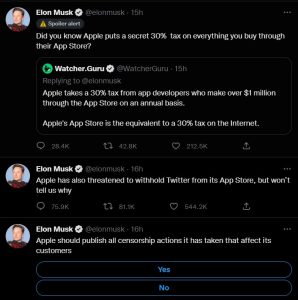 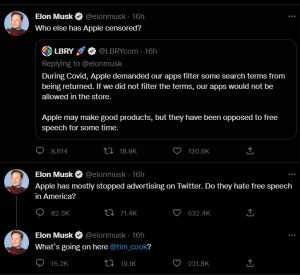