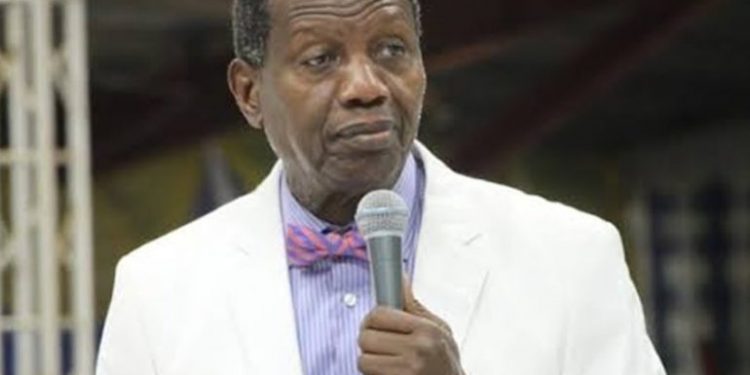 General Overseer, Redeemed Christian Church of God, RCCG, Pastor Enoch Adeboye has condemned the shooting of #EndSARS protesters in Lekki by soldiers, calling on the Federal Government to immediately investigate the tragic event.

Adeboye, in a statement on his verified Facebook page on Wednesday said it was sad that the Nigerian military used brute force on unarmed Nigerian youths.

He said he was confounded that prior to the sad events at the Lekki Toll Gate, the Nigerian Police failed to arrest the weapon-bearing hoodlums who were attacking the well-organized and non-violent #EndSARS protesters.

“I condemn in the strongest possible terms, attacks launched by the Nigerian military on unarmed young people, who have been peacefully protesting police brutality over the last 12 days as #EndSARS protests.

“I am confounded that prior to the sad events at the #LekkiTollGate, the Nigerian Police failed to arrest the weapon-bearing hoodlums who were attacking the well-organized and non-violent #EndSARS protesters,” he said.

The man of God stated that the condemnable actions of the military risked driving the agitations of the young people underground, thereby making the situation unmanageable.

“I call on the Federal Government to thoroughly investigate the tragic events at Lekki and other parts of the country, give justice to all victims even as it engages the #EndSARS protesters to reach a common agreement to end police brutality.

“I am also appealing to the youths to allow peace reign & stop any form of action that would give the Military any other form of excuse to attack. May the peace of God come upon our nation, now more than ever in JESUS name (Amen),” Adeboye sai