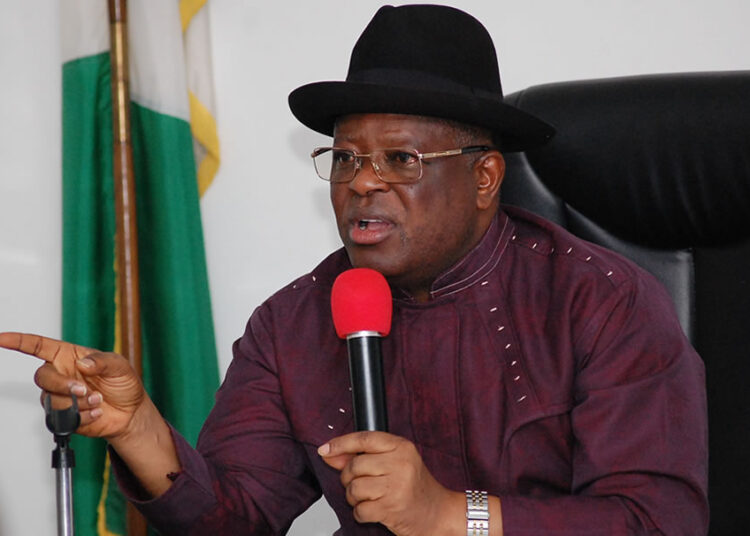 As part of efforts of the Ebonyi state government’s social contract to Civil Servants, the governor of Ebonyi state, David Nweze Umahi, has directed the early payment of christmas bonus of Fifteen Thousand Naira each, to Ebonyi state workers.

The governor also added that civil servants in the State, should be paid their November and December salaries together before December 10, 2022, in order to give workers enough time and resources to plan ahead for the Christmas and New year celebrations.

This was known in a statement from the office of the Accountant General of the State, Emeka Nwankwo, made available to the office of the Special Assistant (SA) on Media and Strategy to Ebonyi State Governor, Saturday.

Umahi lifts embargo on enthronement of traditional rulers in Ebonyi

The statement reads in part: “In keeping with Ebonyi State Government’s social contract with our Civil Servants to ensure that they enjoy the holiday season despite the late arrival of FAAC allocations to the State in recent months, His Excellency the Governor of Ebonyi State, Engr. Chief David Umahi Nweze FNSE, FNATE, CON, has directed that Overdraft facilities should be obtained from banks and that the State and Local Government Areas must pay November and December Salaries together with the Christmas bonus of Fifteen Thousand Naira to all Civil Servants by 10th December 2022.

“This is to ensure that our Civil Servants have enough time to plan their Yuletide celebrations while also enjoying the holiday season.”

Recall that Governor Umahi, in line with his avowed commitment to the welfare of workers, has always extended these gestures to Civil and Public servants in the State every year, right from the inception of his administration.

These financial benefits are always complemented by other material gifts such as bags of rice.

It is expected that this benevolence from the Governor would further spur the diligence and dedication of State Civil and Public servants to their duties.