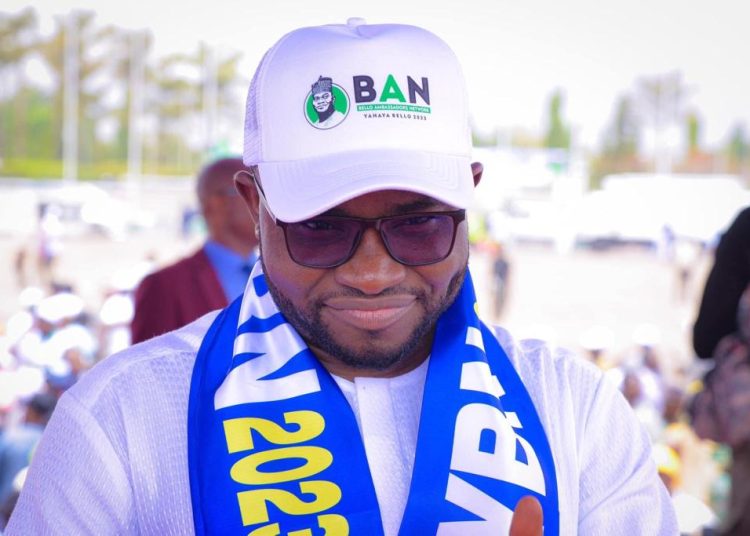 The Bello Ambassadors Network (BAN) has sent a heart-felt message of felicitations to Pharm Abdulkareem Jamiyu Asuku, the Chief of Staff to the Governor of Kogi State, on his appointment as the state Director General of the Asiwaju/Shettima Presidential Campaign for the 2023 election.

Following Governor Bello’s appointment as the National Youth Coordinator of the All Progressive Congress Presidential Campaign Council and the party’s leader in Kogi State, Bello appointed the young pharmacist to lead the campaign in the state in order to ensure that the APC will the state seamlessly.

In the congratulatory message signed by BAN’s National Coordinator, Anthony Edogbo, the group stated that Asuku’s appointment by Governor Bello has put the party in a better position to win the state without stress.

According to the group, the Chief of Staff has demonstrated his leadership capacity through his contributions to the government and dedication to the duties of serving his boss, which have culminated in the governor’s massive progress in his second term.

The Bello Ambassadors stated that they have no doubt in Asuku’s delivery, noting that it is already a win for Bola Ahmed Tinubu and his running mate Kashim Shettima in Kogi State because Asuku’s good image will automatically sell the APC to the people, giving the party a 100% victory.

The message read in part, “I congratulate you, Pharmacist Abdukareem Asuku Jamiyu, on your appointment as the Director General of the Asiwaju/Shettima Presidential Campaign, on behalf of myself and all Bello Ambassadors across our chapter in the country.

“Sir, your appointment by Governor Alhaji Yahaya Bello is yet another astute move that has effectively silenced opposition in Kogi State. We believe in your ability, as evidenced by your numerous contributions to the development of the state and service to your boss.

“We have no doubts about your performance because we are confident that the APC will win with flying colors in Kogi State as your good name will automatically sell the party to the people in all the nooks and crannies of the state.

“We would also like to thank Governor Bello for making this wise decision. He is the pillar who will ensure that the APC receives the votes and support of Nigerian youths.