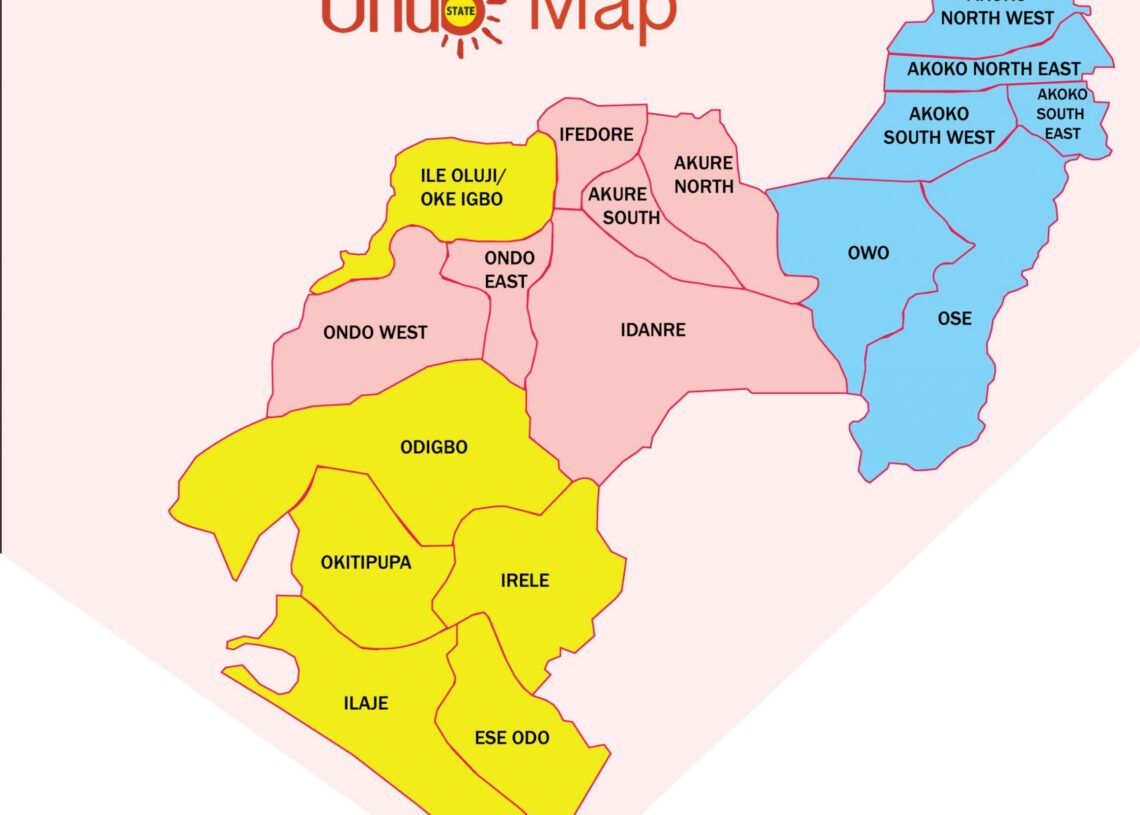 Ondo state in the Southwestern part of the country has come under many incessant attacks in recent weeks.

The latest was the abduction of the traditional ruler, the Oniku of Iku kingdom  Mikaila Bello in Ikare-Akoko area of the state.

The report says that the traditional ruler had embarked on a journey to Akure the state capital and was returning to his base n Ikare-Akoko on Thursday evening when armed bandits waylaid his entourage and kidnapped him alongside four other subjects.

Incessant Attacks on the Ondo community

The attack on St Francis Catholic Church, Owo Kingdom, in the state that left many killed and injured shows criminal elements are migrating to other parts of the country.

Oludayo Tade, a criminologist in the Department of Sociology at the University of Ibadan posited that Ondo state is now prone to attacks based on the recent happenings in the state.

Some unknown gunmen were said to have invaded the church in the town of Owo during a Sunday mass in June 2022 and opened fire on worshippers.

President Buhari condemned the attack, saying only bad people from the nether region could have conceived and carried out such a dastardly act.

“No matter what, this country shall never give in to evil people, and darkness will never overcome the light. Nigeria will eventually win,” he said.

Attacks in the Ondo state date back to 2020

In the year  2020, bandits also shot a prominent traditional ruler in Ondo State, Oba Israel Adeusi who was the Olufon of Ifon.

Ifon is located in Ose Local Government Area (LGA) of the state in southwest Nigeria.

Oba Adeusi was said to be returning to his town from Akure, the Ondo State capital where he went for a meeting with other frontline traditional rulers in the state.

A source confirmed to newsmen that the incident occurred on Thursday, adding that the monarch was shot at the Elegbeka community along the Ifon-Benin Highway.

Meanwhile, traditional rulers in the Akoko axis of Ondo State disclosed their resolve to bring to an end the current spate of insecurity in the state.

According to the traditional rulers, the recent surge of attacks on communities by suspected Fulani herders as well as the activities of highway robbers is becoming too rampant.

The monarchs who converged on Oka-Akoko, headquarters of Akoko South West Local Government Area stated that the security situation in the area had been stifling developments in the four local governments within the axis.

While maintaining that traditional institutions will not allow criminals to take over Akoko land, the Olubaka of Oka-Akoko, Oba Yusuf Adeleye, said that communal and divine efforts will be applied to solve the menace.

Governor Akeredolu’s move to nip banditry in the bud

Rotimi Akeredolu, governor of Ondo State, said in a statement recently that his administration would do everything humanly possible to hunt down the perpetrators of crime in the state.

Participants at the event which was held in Akure, the Ondo State capital, include the army, the police, the Nigeria Security and Civil Defence Corps, other paramilitary organisations, local vigilante groups, traditional hunters and some Niger Delta militant groups.

CCTV to the rescue

Governor Oluwarotimi Akeredolu of Ondo State has signed an Executive Order for compulsory installation and use of close circuit television (CCTV) devices in all public and private institutions in the state.

This is contained in a statement issued by Chief Press Secretary to the Governor, Mr Richard Olatunde, on Saturday in Akure.

“The executive order shall be enforced at all religious places of worship, financial institutions (of all kinds), event centres, supermarkets and educational institutions (schools).

“It will also be enforced in hotels/motels, guest houses, inns, restaurants, clinics and health centres, eateries (of all kinds), recreation or vehicular parks and other places regularly used by the public,” he said.

The governor, therefore, called on owners, occupiers, managers and operators of public/private institutions within the state to instal, use and maintain CCTV devices and other secret cameras to monitor and keep surveillance on daily activities.

Akeredolu said that the CCTV would monitor the activities of persons entering and out of public places and venues in the state.