Why JAMB wants to audit last 10 years biometrics of candidates 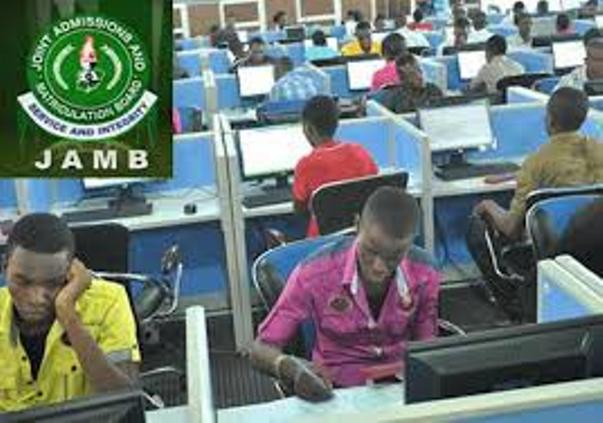 The Joint Admissions and Matriculation Board (JAMB) says it will revalidate the biometrics of all candidates who have participated in its examination in the last 10 years.

This is contained in a statement by the board’s Head, Media and Information, Dr Fabian Benjamin, issued on Sunday in Lagos.

According to the statement, the revalidation has become necessary in a bid to detect impersonation.

Benjamin said it had become a norm, each year, for the the board to be flooded with application for correction of data after its Unified Tertiary Matriculation Examination (UTME).

He said that the board had also vowed to make public the names of impostors in order to serve as deterrent to others, as well as stem the antics of ‘Professional Examination takers’.

“This step is taken as a result of the huge number of applications recorded by the board, aimed at perfecting fraudulent acts that had aided impersonation in the first instance.

“It should be noted that the board had, in recent times, been inundated with series of complaints bordering on change of names, state of origin, local government, gender, date of birth, telephone numbers, e-mail addresses and subject combination of candidates.

“The board, in its attempt to block all forms of examination malpractice, has discovered that one of the ways candidates employ is professional examination writers, who register using the candidate’s name and afterwards apply for correction of such details, along the lines listed above.

“To address thus ugly trend therefore, the board has resolved to revalidate the biometrics of candidates that had taken the board’s examination to fish out these impersonators and prosecute them along with their sponsors,” the statement read.

Benjamin said that the board had discovered series of ‘unfortunate and pathetic situations’, into which some of the so-called elite schools had put some candidates.

He explained that in their (elite schools) bid to make money, they subject the candidates to group registration, after collecting huge sums of money from unsuspecting parents.

“The public, therefore, should be mindful of some of these so-called elite schools, which exploit parents by collecting huge sums of money to register students in group, more often at unauthorised centres.

“The board’s examination is not a school-based examination, and therefore, does not require candidates’ registration in group.

“As such, all candidates, desiring to take the board’s examination are required to register individually and not in group.

“Similarly, the board urges some of these elite secondary schools which indulge in collecting money in bulk to register candidates to desist from such act or be held responsible for any misfortune that may befall such candidates,” the statement read.

Benjamin said that in the course of various investigations conducted by the board, many instances of attempt to register candidates using multiple PIN to conceal impersonation were discovered.

According to the statement, other cases emanated from candidates who are already admitted to various programmes in tertiary schools and are also seeking such corrections to normalise infractions that have been perpetrated to gain such admission.

“In light of this, prospective candidates are therefore advised to do the registration themselves, at approved JAMB CBT centres, to avoid unnecessary centres.

“Candidates are also warned against examination malpractice acts, including impersonation, as the board has deployed appropriate technology to detect impersonation and apprehend perpetrators.

“This can even occur after graduation,” the statement read.