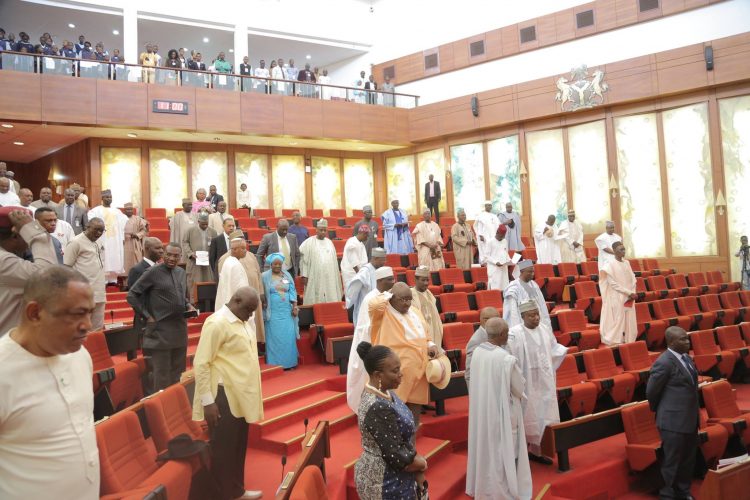 The Nigerian Senate suspended today’s plenary session over the death late Senator Ali Wakili, who won the Bauchi South Senatorial seat in the 2015 election on the platform of the All Progressive Congress (APC).

This is after the Senator Representing Lagos East Constituency, Gbenga Ashafa, had moved, seconded by Senator Emmanuel Paulker, for the approval of votes and proceedings of Thursday’s.

“On the 17th March, 2018 we woke up to the sad news of the demise of our friend, brother and colleague Senator Ali Wakili.

“It is our culture in the Senate and National Assembly in general that when this kind of thing happens either in the Senate or House of Representatives, we observe a minute silence and adjourn plenary in honour of our late brother and friend,” he moved, and seconded by Senate Minority Leader, Senator Godswill Akpabio.

The Senate Leader also moved that all other items on the order paper be stood down to another Legislative day, which was also seconded by the Senate Minority Leader.

In a short comment, Senate President Bukola Saraki reminded his colleagues of a valedictory service in honour of the deceased slated for Wednesday.

“It is only proper that we pay our respects to him, his family, his constituents that he contributed to and the country.

“The Upper Chamber would hold a valedictory session for late Senator Ali Wakili tomorrow. Please ensure that we are all dressed appropriately for that session tomorrow. I hereby adjourn the Senate till Wednesday the 21st of March 2018, 10am prompt,” he said.

TheNewsGuru reports late Senator Wakili was born in 1960 and attended the Lere Primary School in 1979.

He attended the Bauchi College for Arts and Science in 1979, and obtained his Bachelor’s Degree in Arts in 1982 from Bayero University Kano.

The late lawmaker retired from the service as a Comptroller of Customs.

Senator Wakili was an active member of the APC caucus in the Nigerian Senate.

He was the Chairman Senate Committee on Poverty Alleviation.