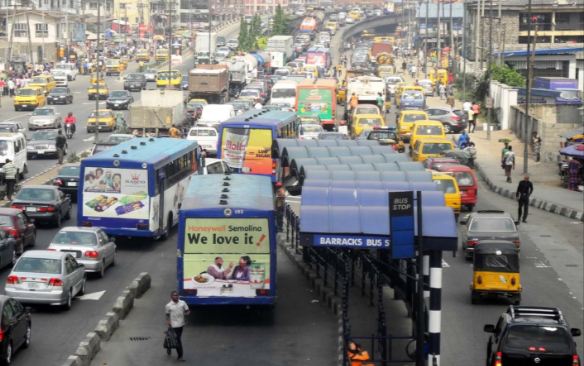 In August, CNN published a report on the perennial traffic jam in Lagos and how this affects the well-being of residents. The report filed by the network’s Nigerian correspondent, Shakir Akorede is still as relevant as the metropolis continues to be locked down anytime there is heavy rainfall.

Lagos, Nigeria (CNN) — Lagos traffic is so snarled and gridlocked that a recent trip from the airport to Ajah, on Lagos Island — a journey shorter than 50 kilometers — took me eight hours. That was two hours longer than my flight from Istanbul to Nigeria.

Welcome to traffic and travel Lagos-style, where the roads are clogged and millions of commuters are choked with frustration about the daily hassle in Nigeria’s commercial capital and Africa’s fifth largest economy.

Disgruntled commuter Yinka Ogunnubi is a typical example, recently tweeting: “Left my house by 5:30 a.m., got to work at 9:10 a.m. This is no longer work, it is suffer-head. Dear Boss, Can I work from home?”

Although many in Nigeria find the city alluring, especially for economic reasons, living in Lagos, the third most stressful city in the world, can take a mental toll.

The city is unhealthily crowded. Despite being the smallest state in the country, it has the highest urban population with an estimated population of 22 million people and counting, more than double New York or London’s tally.

More than eight million people, moving in five million vehicles cram into a tiny network of just 9,100 roads every day. This is the reason why Lagosians spend an average of 30 hours in traffic each week — or 1,560 annually — while drivers in Los Angeles and Moscow traffic spent only 128 and 210 hours respectively in the whole of 2018.

Lagos is projected to become the world’s biggest city by 2100, with a population of 88.3 million. It urgently needs better road facilities and a high-capacity transit system.
Mental health and productivity disasters

Traffic congestion, with its noise and environmental pollution, takes a huge toll on workers’ mental and physical health.

Health professionals have even linked its overall damage to the increasing rate of suicide in the city.

According to consultant psychiatrist Olufemi Oluwatayo, it’s not a surprise that Lagos commuters are negatively impacted by the traffic conditions.

“It is not really hard to see why employees might feel stressed, burned out or exhausted, especially in a city like Lagos,” Oluwatayo says.

“They leave home at 4 a.m., enduring hellish traffic and then [have] to deal with work pressure and the prevalent job insecurity, not to add individual family problems and responsibilities. It is no surprise that, in general, many more people seems to be suffering from anxiety and depression.”

“How productive can you be when you stay in traffic for over six hours on a daily basis, conjoined with the things you go through to have a normal life in this city?” media exec Agnes Marquis said in a report by local media publication Pulse, titled “Here’s why you should think twice before taking a job in Lagos.”

While working conditions across the globe are fast evolving, some Nigerian companies are reluctant to enable their employees to work from home.

However workers with the option to decide when, where and how they work perform better, according to a report in the Harvard Business Review.
Companies in Lagos who have enabled their teams to work from home say they rely on Internet tools such as Slack and ClickMeeting to foster communications remotely.

“We heavily leverage Slack for internal communication — this makes it very easy for people to be in the loop of whatever is going on in the company regardless of where in the world they’re working from,” says Abdulrahman Jogbojogbo, who works for financial company Paystack.

The state’s new governor Babajide Sanwo-Olu has promised to tackle the traffic issues and also decongest the Apapa port area, but some say his changes need to go deeper as the city creaks under the weight of its vast population.

“As much as the removal of trucks will decongest some roads, it’s no one-size-fits-all. There is a clear need to moderate the flow of people as the population soars higher. Remote work offers that opportunity,” Ogunnubi says. 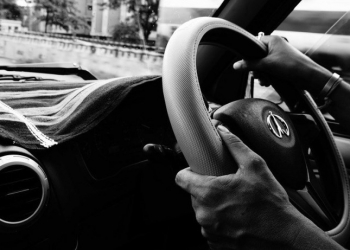 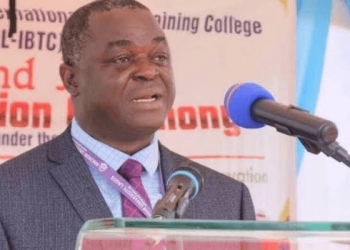