Lagos has highest cases of monkeypox in the country – NCDC 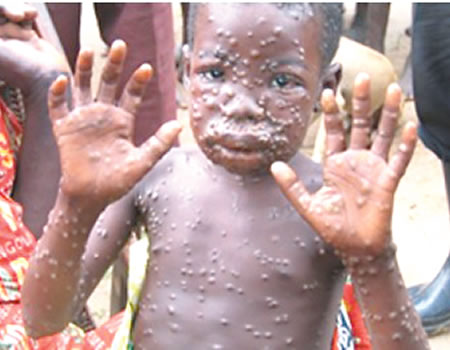 The Nigeria Centre for Disease Control has confirmed 157 cases of Monkeypox across 26 states with Lagos having the highest number of cases in the country.

This piece of information was made available by Nigeria Centre for Disease Control (NCDC) in its latest Monkeypox situation report for week 30.

The disease is endemic in Nigeria according to statistics by NCDC.

Monkeypox is a rare viral zoonotic infectious disease transmitted from animals to humans that occur sporadically, primarily in remote villages of Central and West Africa near tropical rainforests.

The report also revealed that there are at least 413 suspected cases of the disease in the country.

Sickness can happen to anyone, mocking Tinubu is wrong - Yul Edochie