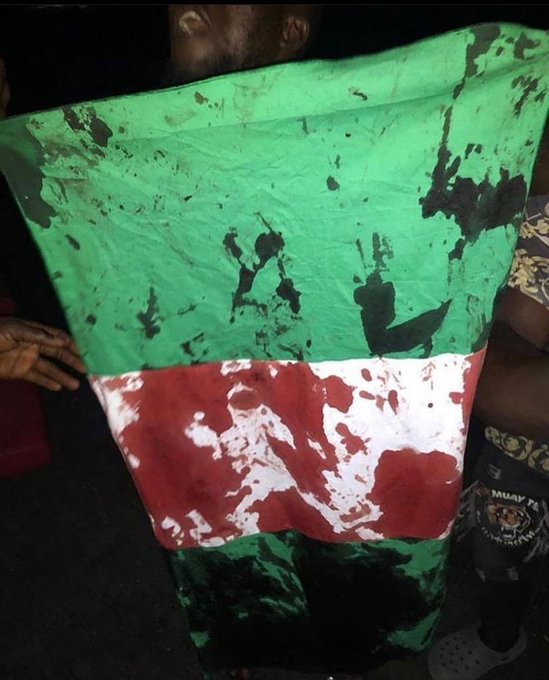 235
SHARES
5.9k
VIEWS
Share on WhatsAppShare on FacebookShare on TwitterShare on LinkedInShare on TelegramSend as Email

Policemen and soldiers out to enforce a 24 hour curfew at Lekki Toll Gate shot at #EndSARS protesters Tuesday night.

Reports reaching TheNewsGuru.com (TNG) indicates that some persons have been feared killed while several others were injured.

The shooting led to the dispersal of the protesters, who had remained at the Plaza, hours after the curfew went into force.

Video clips from the scene, showed some protesters on the floor, hit by bullets.

Staccato of gunshots can also be heard from a video, as the protesters ran for their lives.

Corpses of Peaceful #EndSARS Protesters Litter The Street After Bloodbath by Soldiers https://t.co/YHLLlkjLQO

The protesters had defied the curfew imposed by Governor Babajide Sanwo-Olu imposed at about noon today.

Earlier before the shooting spree, some officials came to remove the CCTV cameras at the gate.

The aim is now clear: to avoid any evidence that may be used against the police or army.