by Abimbola Fabunmi
in Business News, Nigeria
Reading Time: 1 min read
A A
0 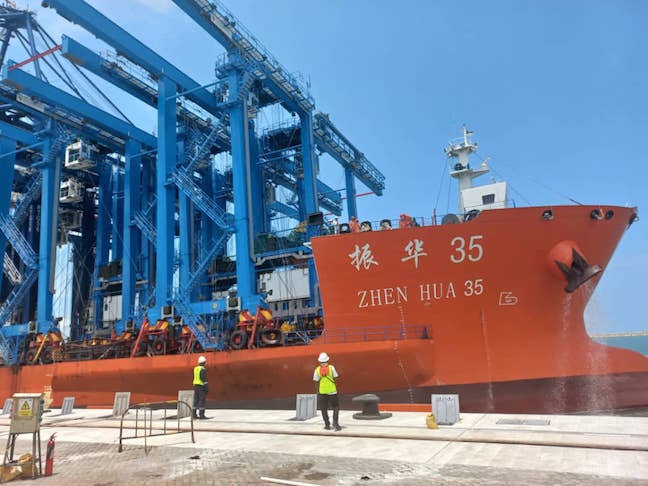 The ship ZEN-HUA 35 which arrived from China conveyed shipment of two ships to the Lekki Deep Seaport  shore Friday afternoon.

The packages includes,  Rubber Tyres, and accessories from Shangai in China.

“The yard equipment for the port is expected to be shipped shortly”, a company source said.

In his reaction, the Managing Director of Nigerian Ports Authority (NPA), Mohammed Bello-Koko, said the successful delivery of the three STS and the ten RTG cranes was critical to the commencement of operations of the deep seaport.

He said Lekki Port, when fully operational, will be the first fully automated port in Nigeria.

Meanwhile, construction work is still ongoing at the port but it has neared completion.

The Management of Lekki Deep Sea Port earleir in the month  announced that construction work is now at 95.65% completion stage as at July 27, 2022.
According to information released on the company’s official social media page, the project is on course for completion as scheduled.

After Ukraine, US fishes for new war in Taiwanese waters - By Owei Lakemfa