Home » Nigeria » Many escape unhurt as another building collapses in Lagos

Many escape unhurt as another building collapses in Lagos 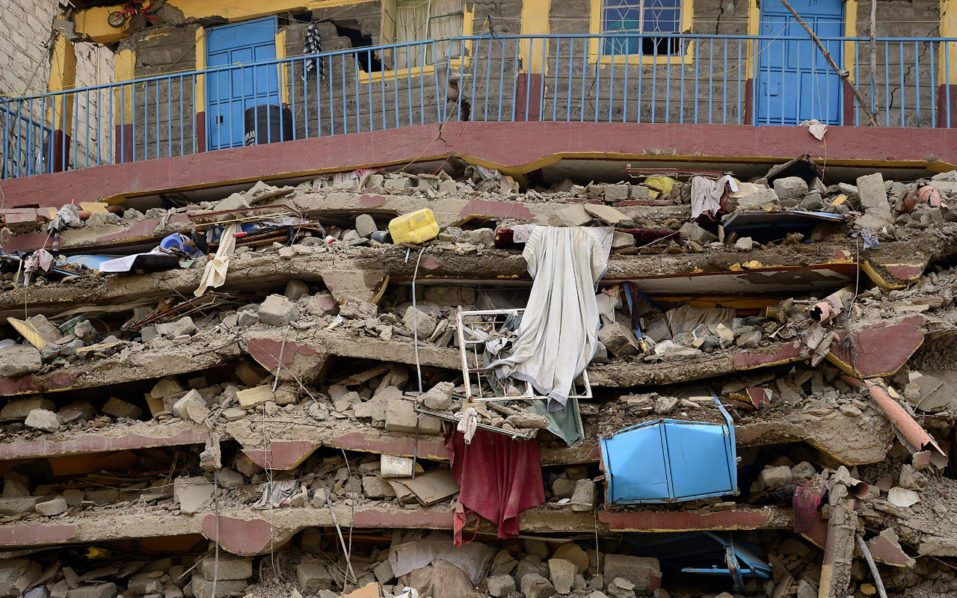 A two storey building  has partially collapsed  in Ago Palace way, Okota  area of Lagos state.

Fortunately, most of the occupants of the two storey building escaped unhurt as they heeded to warning signs and left two hours before the building went down.

TheNewGuru.com Recalls  that last week  a building caved in at the Ebute-Meta area of Lagos state and about 10 occupants lost their lives.

However, the occupants of the  Ago Palace way building got  signs that the building might collapse hence their rushing out of the building in record time.

The incident occurred at Chris Igadi Street in the early hours of Saturday, while emergency operations which commenced immediately, lasted till daybreak.

The cause of the collapse hasn’t been unraveled as at when filing this report.

He, however, added that the site of the collapsed structure had been cordoned off and handed over to the Lagos State Building Control Agency (LASBCA).

According to him, “On arrival, information gathered from the residents revealed that the building gave signs several hours before it collapsed.

“Fortunately, nobody was trapped as all the occupants evacuated the area when the signs began two hours before the collapse.

“A head count of occupants was carried out to ensure no occupants are missing and the remains of the building were cordoned off.

“The operation was concluded around 5.23 am. The site will be handed over to LABSCA and Ministry of Physical Planning for further investigation.”

Also, the incident was confirmed by the National Emergency Management Agency (NEMA), Lagos State Territorial Coordinator, Ibrahim Farinloye, who said, “the two storey building partially collapsed at about 2.am.

“The occupants had rushed out before the collapse because the building had given signs two hours prior to when the incident really occurred. No one was injured or any casualty recorded.”