by Olaotan Falade
in Health, Nigeria
Reading Time: 3 mins read
A A
0 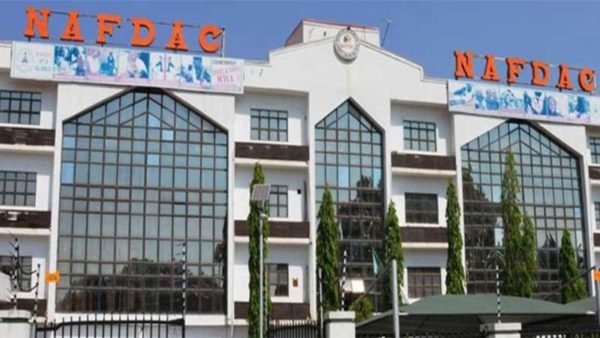 The National Agency for Drug Administration and Control NAFDAC has hinted of plans to refurbish all its laboratories in some states of the federation due to the prevalence of fake and adulterated drugs in circulation in Nigeria.
Director-General of the Agency Prof. Mojisola Adeyeye gave the hint at the agency’s corporate office Wuse Zone 5 Abuja on Monday saying that the there is a very increasing rate of fake and adulterated drugs in circulation in the country.
For many Nigerians the issue of faking and counterfeiting of drugs and other healthcare products is as old as the history of evolution of the oldest human specie homo sapiens.
From time immemorial, the faking and adulteration of drug had been one of the most thriving trade among the middle income groups in many traditional African societies.
In recent times still, the trading of unlicensed and illicit drugs has become one of the the greatest challenges facing health service providers due to the number of fake drugs in circulation in Nigeria
Industry regulators particularly. NAFDAC the government agency in the health sector appear helpless in tackling the serious challenge posed by unregulated and adulterated drugs in the hands of unlicensed healthcare providers.
The agency in a bid to stem the growing number of fake drugs manufacturing companies operating in the country started the registration of drug manufacturing entities sine ten years ago.
According to NAFDAC, all drugs confectioneries and other household products manufactured or imported and being distributed in Nigeria are expected to bear conspicuous registration numbers from the agency.
Despite the clampdown on unregistered and unregulated healthcare and household products in Nigeria by the agency the prevalence of fake and illicit drugs is still very high and worrisome to all health professionals.
The major roads and streets in Abuja, Lagos, Enugu, Kano and other highly populated cities still have many unregistered drug hawkers whose stock in trade is distribution of u wholesome and unlicenced drugs.
To our bewilderment, the so called Dr Salisu Nawagida popularly knwon as Baba Aisha of this age, the renowned Dr. Iguedo of the Popular Goko Cleanser, the Isi Ebule Kalamine Lotion, the 7 Keys to Power of the past twenty decades are known herbalists that are still selling their local herbal mixtures along major roads.
This state of affairs gives all informed citizens serious cause for worries. So many of these herbal products are even bearing registration numbers said to have been issued by the nation’s regulatory agency.
Who it was that certified these products free for public consumption becomes the most critical question in this regard.
Of recent, there are cases of kidney failure, high blood pressure and cardiac related ailments in Nigeria many of which are traceable to the consumption of fake and unregistered drugs.
There are also many damning reports on the sale of some outlawed drugs like codeine and fansida and so many other drugs that have been certified as killers drugs by relevant government agencies.
There is no gainsaying that the resolve of the DG of NAFDAC to re-equip its laboratories for re-certification of unlicensed and unregistered drugs has become very imperative for healthcare service providers in Nigeria to address issues of fake drugs in circulation in the country.
Tags: fake drugsLaboratoriesNAFDAC
SendShare109Tweet68