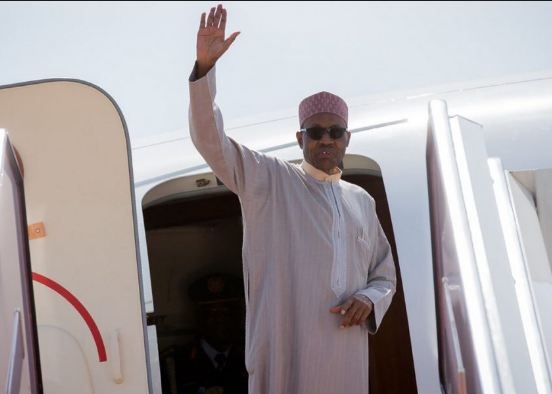 The Peoples Democratic Party (PDP) has condemned President Muhammadu Buhari’s private trip to the United Kingdom, saying it was a wrong move sequel to the worsening security challenges bedevilling the nation.

Speaking during a media briefing on the state of the nation, Secondus said it was condemnable that Buhari travelled to the United Kingdom without notifying the National Assembly and did not allegedly hand over to power to Vice President Yemi Osinbajo.

He lamented the killing of innocent citizens in Zamfara, Benue, Taraba and many other states of the federation and asked the government to stem the tide.

Secondus also said the presidency was artwisting the Independent National Electoral Commission (INEC) to stop the PDP presidential candidate, Atiku Abubakar’s legal team from inspecting the election materials despite a court order in that regard.

Secondus said it was wrong for INEC to disobey court order, adding that it was part of alleged efforts by the commission and the ruling All Progressives Congress (APC) to frustrate Atiku and stop the PDP from “reclaiming” the presidential mandate.

“Nigerian leaders should speak up for the country before Nigeria slides into something else.
People are being murdered everyday and Buhari is going on private visit.

Nigeria is in crisis. “The President has embarked on a private trip to the UK to spend 11 days without writing the National Assembly. He has not asked the Vice President to act. We condenm it.” “The presidency is also armtwisting INEC. INEC has no reason to stop our legal team from inspecting the election materials. Our politics and governance here is sentimental,” Secondus said.

You look like a porn-star –Nigerians slam Toke Makinwa

You look like a porn-star –Nigerians slam Toke Makinwa