How phones have devastated our lives – Sen. Shehu Sani

by Ediri Oyibo
in Gadget, Internet, Nigeria
0
19
SHARES
470
VIEWS
Share on WhatsAppShare on FacebookShare on TwitterShare on LinkedInShare on TelegramSend as Email

Humanity is undergoing a new experience that has changed it forever. We are consumed, addicted and obsessed with a device and a lifestyle that has significantly altered our ways of life in all  its facets.

We have become both attached and detached from each other since the mass production and accessibility to cell phone and the innovation of social media.

The mobile phone and social media has done a lot of good to humanity in the specter of information and communications but it’s important we keep track of those parts of our lives that was lost to these amazing scientific and technological innovations.

In the past, when we visit our family friends or just friends, one thing we will always like to look at is the family photo album. Its usually kept in the living living room. Our host will present it to us before we are served with some snacks and soda.Nowadays in most homes,the family Album has disappeared and even those that keep it lays there as part of the interiors. Visitors spend most of their time sifting through their instagram,facebook and Twitter updates and even most part of the conversation is centered around issues on social media.

Most homes today don’t hang those colorful calendars on their walls.It used to be a delight and a form of status to hang a Government or company calendars in ones living room. Nowadays, people check their dates and schedules in their phones and that tradition is lost. However, there are still those who struggle to keep to that. In one of the homes I visited in August, the calendar had not been adjusted since june, indicating it’s not been used for the purpose it was hanged.

The Wall clock; this time piece in the past adorned walls at homes and offices and wards. Actually in many places it’s still visibly stationed but hardly used. The handsets provides all the information one needs on time and alarms including wake up calls and schedules.

The Diary Book; Diaries were indispensable Booklets for Businesses, record keeping, notes and even guides and maps. It used to be the most reliable means of accessing addresses of Government Ministries, Departments and Agencies and even foreign embassies. Nowadays, everything is in the phone and with a google map you can locate anywhere.

It used to be the delight of families to invite photographers to home events especially Birthdays and naming ceremonies or marriages, people still do but it’s incontrovertible that many people hardly notice the presence of photographers in an event when everyone is a photographer using their phones.

Newspaper vendors have become an ‘endangered species’. We used to look to the breaking of dawn to read our national dailies and look to Sundays or Mondays for the Weekly. The news both fake and real trolls every second on our handsets and we are most times overwhelmed. Most of those who patronize Newspapers are people in their fifties and above these days. There is so much news now that even good news and scandals has a little lifespan to trend in the cyberspace.

The Post Office, it’s struggling to survive and literally gasping for breath in the ICT age. Those who were students before the coming of the ICT age can fondly remember how delightful it was to receive a letter from a loved one as a student. Such letters were kept under the pillow to be read again and again. For those who used maintain a post office box,it’s a thing of joy to periodically check the mail box. These days we have more letters in our Twitter, Facebook, Email, Snapchat and Instagram accounts than we can read.

At the lounges of the Airports, Train stations and Buss parks, people can be seen with their heads bowed to their phones and their fingers busy on it. The culture of reading good novels when traveling is gone. Without doubt, the phones and the social media has contributed in diminishing the reading culture among young people.

Picnics used to be about mat, good food and refreshing drinks in a good serene gardens or parks; now is odd; couples in picnic can be seen all hooked on to their phones.

Children are more interested in phones  and it’s apps than in toys or bicycles.

Social Media has made it easier to make more friends and enemies at the same time and process.

We are speedily losing the human angle in our lives and becoming more and more visual in our interaction with our kinds. You have not seen or visited a good friend or brother or sister for months or years and you don’t feel guilty or disturbed because you are in touch through phones or it’s apps, now that is where ‘we died’.

Where are we heading to from here? 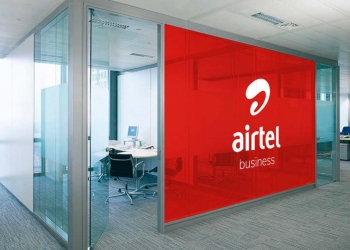 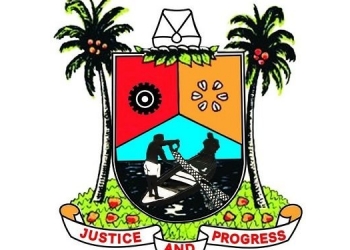