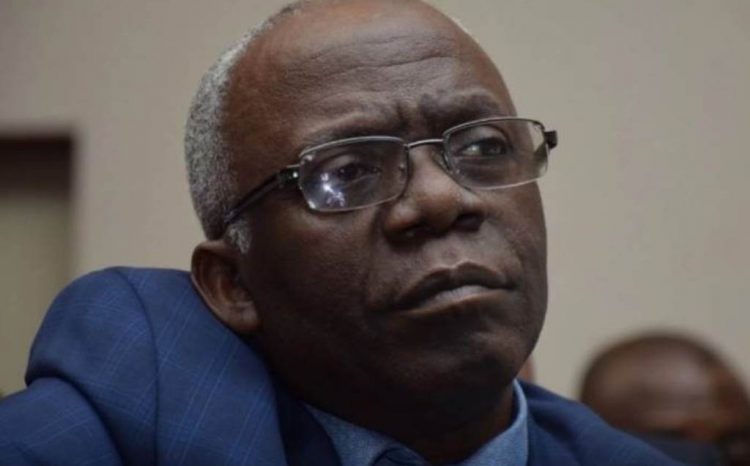 A number of armed security operatives yesterday blocked the Adeniyi Jones premises of the Committee for the Defence of Human Right (CDHR) and the Lagos office of online media outfit, Sahara Reporters, to stop the planned meeting of suspected pro-revolutionists.

Conveners of the #RevolutionNow movement had planned to continue their agitations around 11 a.m for the release of Sahara Reporters publisher Omoyele Sowore and other agitators arrested by security agents for alleged treasonable felony.

But as early as 7 a.m on Wednesday, armed policemen, operatives of the Department of State Services (DSS) and the military laid siege to the CDHR to prevent a breakdown of law and order.

But the protesters had another card up their sleeves as the planned protest kicked-off on the streets and not at the CDHR office, as anticipated.

The protesters wore orange berets and carried banners with various inscriptions, such as “Free them all” and “Kill insecurity, bad governance”.

They marched for about a kilometre from Under Bridge in Ikeja, the state capital, to Allen Avenue.

Co-Convener of Coalition for Revolution (CORE) Olaseni Ajayi said the siege was another attempt to forcefully stop the planned peaceful agitation against the detention of activists without trial.

He activist insisted that the government action only confirmed that the civil rights fought for over the years were crudely being removed by President Muhammadu Buhari’s administration.

“The right to speech, association, protest and even to think are no more guaranteed under this neo-regime.

“However, our agitation for the immediate release of Omoyele Sowore, Agba Jalingo, Abayomi Olawale (Mandate) and all others currently being held in Buhari’s detention centres and for the revolutionary transformation of the country, continues,” he said.

The popular lawyer noted that Sowore had been held for over 45 days in defiance to a court ruling that granted the DSS 45-day remand.

“In spite of the fundamental rights of the Nigerian people to freedom of assembly and freedom of expression, the police had wanted to disrupt and stop the peaceful meeting of law-abiding citizens to discuss the illegal detention of Omoyele Sowore, Agba Jalingo, Abayomi Olawale and scores of others being incarcerated in various detention facilities in the country.

“Contrary to the order of the Federal High Court that Sowore be detained for 45 days, the DSS has incarcerated him for 47 days.

“Last week, the Federal High Court turned down the application for the renewal of its order for the detention of Messrs Agba Jalingo and Ekanem Ekpo for another 14 days.

“In spite of the expiration of the detention order of the two journalists, they are still being held by the police in Cross River State. Mr. Abayomi Olawale, who was arrested on August 5, has been detained for 45 days by the DSS without any court order whatsoever.

“These detainees and scores of others languishing in illegal custody ought to be released forthwith.

“While congratulating the organisers of the symposium for successfully holding the programme at another venue, the harassment of law-abiding citizens cannot be tolerated under a regime that is busy negotiating with bandits and terrorists, bribing them with public funds and granting them amnesty,” said Falana.