An ex parte injunction has been secured by the family of former Senate President Bukola Saraki restraining the Kwara State Government from further demolition of Ile Arugbo.

One of the family’s lawyers, Abdulazeez Ibrahim, disclosed this new development to reporters on Monday in Ilorin, the state capital.

TheNewsGuru (TNG) had reported that ‘Ile Arugbo’ was demolished early Thursday after security operatives dispersed protesters, including aged women within the complex.

It was learned that the state government had fixed midnight for the demolition exercise to avoid a clash with Saraki’s loyalists who had been keeping a vigil in the area.

The state governor, AbdulRahman AbdulRazaq, in December 2019, announced his decision to revoke the late Olusola Saraki’s property owing to alleged illegality in its acquisition.

He said the land was originally designated for the construction of a secretariat and parking lot of the civil service clinic, but that it was unlawfully allocated to a private firm — Asa Investments Limited — without any record of payment to the state government.

Speaking further, Ibrahim also explained that the order was yet to be served to parties concerned because the injunction was secured late on Monday.

Reacting to the development, Kwara State Attorney General and Commissioner for Justice, Salman Jawondo, said the state government was yet to receive the injunction from the court.

He said there will be compliance with the injunction as soon as it is received. 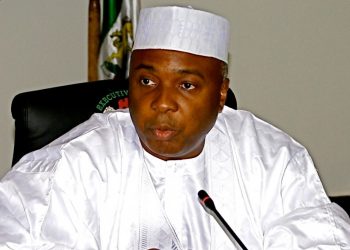 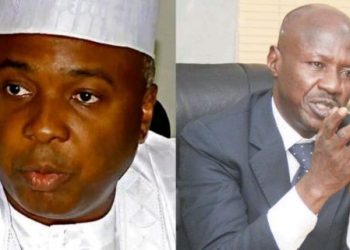