by Ediri Oyibo
in Nigeria, Telecom
155
SHARES
1.2k
VIEWS
Share on WhatsAppShare on FacebookShare on TwitterShare on LinkedInShare on TelegramSend as Email
ADVERTISEMENT

The telecommunications and information services sector of the Nigerian economy recorded a Gross Domestic Product (GDP) growth of 11.54% in the second quarter (Q2) of 2018, contributing N2.5 trillion to the nation’s GDP.

TheNewsGuru (TNG) reports this is according to the GDP report released by the National Bureau of Statistics (NBS) on Monday.

TNG reports the information and communication sector is composed of the four activities of telecommunications and information services; publishing; motion picture, sound recording and music production; and broadcasting.

“The information and communications sector contributed 11.22% to total nominal GDP in the 2018 second quarter, lower than the rate of 11.26% recorded in the same quarter of 2017 but higher than the 10.64% it contributed in the preceding quarter.

“The sector in the second quarter of 2018 recorded a growth rate of 11.81% in real terms, year on year. From the rate recorded in the corresponding period of 2017, there was an increase of 12.96% points. Quarter on quarter, the sector exhibited a growth of 13.02% in real terms.

The NBS report further revealed that the non-oil sector, which contributed 91.45% to the nation’s GDP, was mainly driven by the information and communication services sector.

TNG reports the non-oil sector grew by 2.05% in real terms during the reference quarter, representing 1.60% points increase compared to the rate recorded for the same quarter in 2017, and 1.29% points over the first quarter of 2018.

The oil sector contributed 8.55% to total real GDP in Q2 2018, down from figures recorded in the corresponding period of 2017 and the preceding quarter, where it contributed 9.04% and 9.61% respectively.

“Broadly speaking, growth in Q2 2018 was driven by developments in the non-oil sector as services sector recorded its strongest positive growth since 2016.

“However, the relatively slower growth when compared to Q1 2018 and Q2 2017 could be attributed to developments in both the oil and non-oil sectors,” the NBS noted.

TNG reports the telecommunications and information services GDP data were computed from the gross output of revenue from telephone, telex, Facsimile, telegraph, and other income from satellite and internet services; and intermediate consumption of transit fees, operational expenditure, minor repairs and maintenance and other expenses. 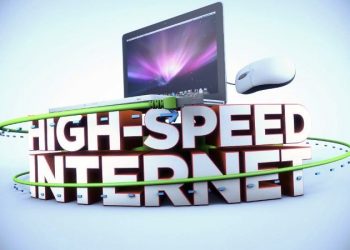