THE WAR ON WOMEN

by Kehinde Ajose
in Columnist, Nigeria
0 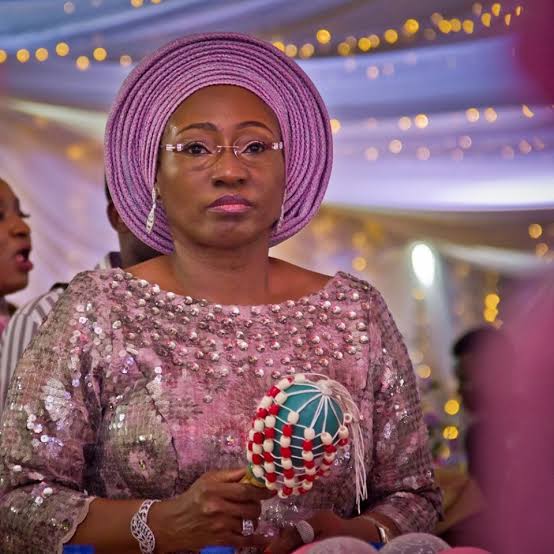 A few days ago, we received the news of the passing of Ms Tolulope Arotile, the first ever female combat flying helicopter pilot in the history of the Nigerian Air Force. She died in a car accident and she was in her early twenties. It is such a dreadful loss and I pray that God Almighty will comfort her family and loved ones. I watched the clips of the ceremony last year when she was decorated with her wings, and you could see the pride on the faces of even her superior officers. As people were mourning this tragedy online, one dimwit made this statement, ‘Instead of being at home with a husband, she’s flying helicopter (sic), this is what you get by the so-called gender equality bs’.

Fortunately, a lot of people responded to this Neanderthal, but I could not help wondering how many more like him we have walking around. Last week, we witnessed an exchange between Senator Godswill Akpabio and Ms Joy Nunieh. Ms Nunieh raised concerns about probity and accountability involving the Minister. When asked to shed light on the allegations against him, Senator Akpabio responded with a reference to Ms Nunieh’s temperament which led to four husbands taking flight. There are a lot of accusations being bandied about in this case, a classic tale of ‘He said’, ‘She said’. It is up to the relevant agencies charged with such responsibilities to look into the allegations, as well as the law courts to provide an opinion on the libelous nature of the exchanges. What is in the public domain from ‘He said’, is enough for some of us to draw a conclusion that there are standards to which women are held that men do not even bother with. A mentor of mine once said that women are only ‘allowed’ into public spaces on sufferance, our lives are meant to be lived mostly in the private sphere, first as daughters and then as wives and mothers. If we choose to venture into the public sphere, we do so at our own risk. While men are socialized into assuming ownership of public spaces and leadership positions, women are taught that they do not have a right to these things unless they work harder than men or have the permission of men. I am sure the late Tolulope had to deal with this during her short life.

Even in death, she is reminded that she should not have been out there flying in literal and metaphorical terms. Whatever the accomplishments of Ms Joy Nunieh, we are now led to believe that they are inconsequential if she was not able to hold on to a man. If slut-shaming women in leadership positions has always been the norm, since all norms, attitudes and beliefs are learnt, we are not born with them, it is time to unlearn. There are many leaders in our midst whose marital history and circumstances are like something out of the Fuji House of Commotion. I watched a new film recently called ‘Your Excellency’. The ‘Excellency’ was a male Presidential candidate who had two wives. The first wife left him after his many unsuccessful tries at becoming President, while the second wife stuck around. When he was declared Presidential candidate of one of the leading parties, the first wife showed up again, wanting to be First Lady. This led to a predictable showdown, from which even the candidate had to flee. I thought to myself, what if it was a female presidential candidate? Would the party members and electorate allow for two ‘husbands’ to show up and fight for the right to be ‘First Gentleman’? Well, thanks to Jada Pinkett Smith, there is now a word for that kind of situation known as ‘Entanglement’. I am safe in assuming that the answer to the question is ‘not in a thousand years’. This reminds me of when President Ellen Johnson-Sirleaf was running for President in Liberia. To stave off the usual questions about female candidates, she was described in some media reports as a ‘Widow’, which was correct technically, but not chronologically.

One of the values we were raised with in most of our communities is respect for people’s privacy, but this actually translates as ‘respect for men’s privacy’. In Yoruba, there is a saying, ‘Nwon o kin ka omo fun olomo’, ‘You do not count how many children someone has’. Every woman knows how many children she has given birth to, so this saying does not apply to them. I have always insisted that this is a convenient way of shielding men from answering uncomfortable questions about the different manifestations of the fruits of their labour. It is interesting that I have not come across anyone who is in support of the crisis of sexual and gender-based violence our country is faced with right now. This sexual violence pandemic did not emerge in a vacuum, it is a symptom of something that has deep roots – the many ways in which male power and privilege are exercised knowingly and unknowingly and sanctioned by a complicit society made up of both male enforcers and female enablers. It is this thinking that gives boys, and later men, a sense of entitlement not only to ownership of private and public space, but to the bodies of girls and women. I have news for those protecting the old order of explicit and implicit sexism. Nigerian women are no longer going to roll over and play dead. It is obvious there is a war going on for control of our bodies and minds. We all need to resist this, women and men alike.

Both men and women are entitled to public space. For every girl out there hoping to be the next Tolulope, I pray that you earn those wings so you can fly. I hope you have a father who can cheer you on and a mother who will not insist on you flying into some man’s house first before you fly a plane. For every woman who aspires to greatness, I pray that you achieve your goal, armed with good choices, beyond the reach of those who have no business passing judgement on you, but want to judge anyway. For every woman in search of love and happiness, I pray you find it, everyone deserves someone. If for whatever reason it doesn’t work out, you can still be great and awesome. Let those who want to count keep counting, while you will be counting your blessings. Rest in peace Tolulope. I stand with you Sister Joy.

Bisi Adeleye-Fayemi is a Gender Specialist, Social Entrepreneur and Writer. She is the Founder of Abovewhispers.com, an online community for women. She is the First Lady of Ekiti State, and she can be reached at [email protected] 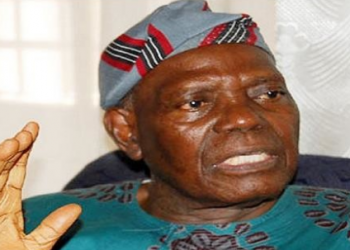 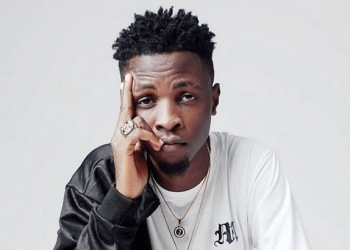