We’ve delivered on our campaign promises to Ekiti people – Fayemi 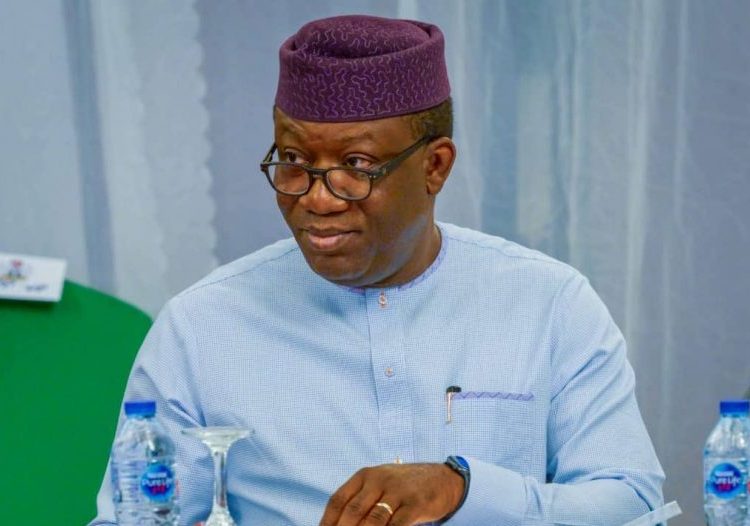 Gov. Kayode Fayemi of Ekiti has said that his administration in the last four years delivered on its campaign mantra to restore the values of Ekiti people.

He said his administration had also laid the foundation for sustainable development.

Fayemi stated this in Ikere-Ekiti on Tuesday during his “Thank You” tour of the Ekiti-South Senatorial District, as part of the activities marking the end of his tenure.

The governor, while enumerating some of the achievements recorded by his administration especially in the district, said that the legacies would be sustained by the incoming administration.

He maintained that his administration performed well in the areas of education, human capital development, health, social security, social amenities and infrastructural development in all the senatorial districts of the state.

“It is easy to forget that when we embarked upon this journey four years ago, Ekiti was still in the dungeon.

“We had a lot of challenges and we promised to restore the value of our people and reclaim the land for progress and development.

“I believe that four years down the line we have discharged that duty to the best of our ability.

“I think we can thick the box in all of the areas in which we pledged to make life better for our people whether in education, human capital development,“ he said.

Fayemi said his administration upgraded the College of Education to the University of Education, Science and Technology and named it after Elder Bamidele Olumilua.

He said the upgrade was to complement the state, federal and private universities in Ekiti.

The governor described the airport project as extensive and said the “Knowledge Zone“ linked to it would in future constitute an Airport City.

“This is because of a lot of development that will happen there will be to the benefit of the state.

Fayemi, while thanking the people of the state for their support, noted that the privilege to serve as governor gave him the chance to become the Chairman of the Nigeria Governors’ Forum (NGF) and President, Forum of Regions of Africa (FRAS).

“Gratitude to our people in Ekiti State, particularly to the people of Southern Senatorial District.

“If we checked the result of the last election, you will see that our governor-elect received overwhelming support from the southern part of the state.

Mr Sunday Filani, a representative from Ikere Local Government Area, in his goodwill message, thanked the governor for the achievements of his administration.

He listed the upgrading of the College of Education, Ikere, to a degree-awarding university and the construction of Adelogun Bridge as some of the unprecedented achievements in the area.

Newsmen reports that representatives from the other council areas also took time to enumerate the administration’s achievements in their domains.

The event was attended by the wife of the governor, Mrs Bisi Fayemi,  Deputy Governor, Otunba Bisi Egbeyemi, The Speaker, Ekiti State House of Assembly, Mr Funminiyi Afuye and the Ekiti Govenor-Elect, Biodun Oyebanji and his wife, Dr Olayemi Oyebanji.

The Deputy Governor-Elect, Mrs Monisade Afuye and the Ekiti Chairman of the All Progressives Congress party (APC), Mr Paul Omotosho, were in attendance.