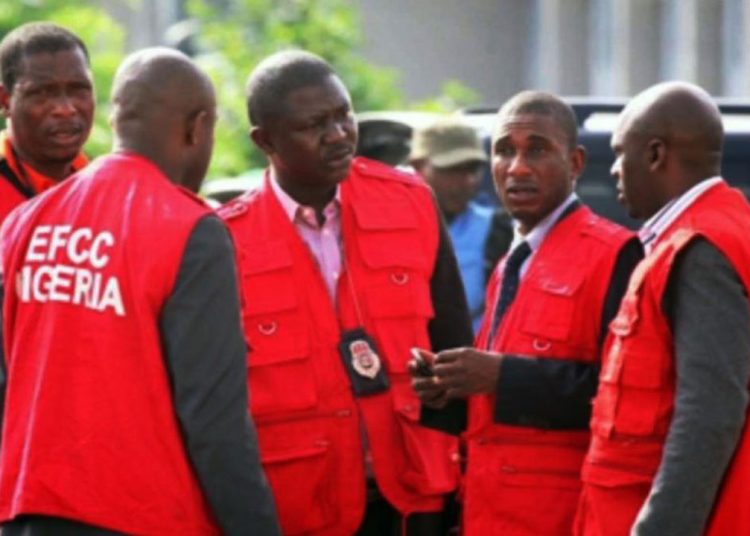 Economic and Financial Crimes Commission EFCC has arrested a Nigerian Emmanuel Chidiebere who has been on the watchlist of American Federal Bureau of Investigation FBI.

Chidiebere was arrested in his home town in Orlu, Imo State

Upon tip off of his emergence in Orlu, the Enugu Zonal command of Enugu Zonal Command of the Economic and Financial Crimes Commission swooped into action and arrested the suspect.

According to EFCC’s spokesperson, Wilson Uwujaren, the Nigerian is wanted by the FBI for conspiracy, wire fraud and money laundering.

it reads , “EFCC Arrests Suspect on FBI Wanted-List in Enugu

“The Enugu Zonal Command of the EFCC, has arrested Emmanuel Dike Chidiebere, a suspect on the watch list of the American Federal Bureau of Investigation, FBI, for conspiracy, wire fraud and money laundering.

“Acting on verified intelligence, operatives of the Commission on Wednesday, March 23, 2022, tracked the suspect to Orlu Local Government Area of Imo State where he was arrested

“Chidiebere is alleged to have defrauded some victims in America, Cote D’Ivoire and Poland of some undisclosed amount of money and went underground.

“Three of his accomplices are still at large.”