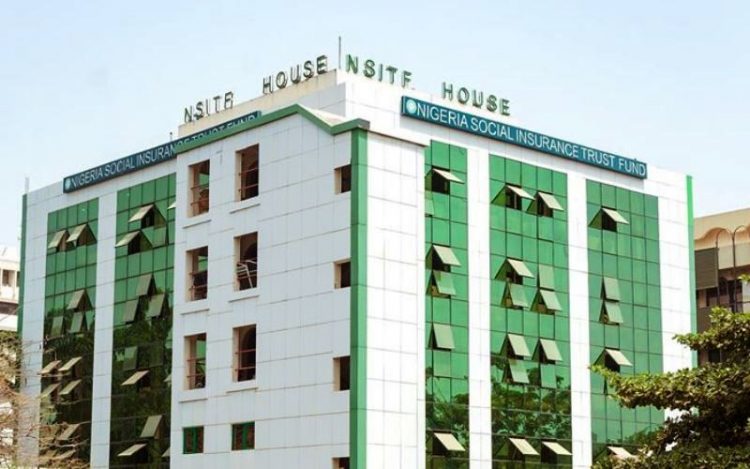 The total balance in the account of the Nigeria Social Insurance Trust Fund (NSITF) grew from N326 million as at May 2017 to N6 billion, according to the latest figure obtained in the Fund’s financial record, as at the 2nd of July 2020.

The feat was achieved by a number of innovations made possible by aggressive training and improvement in staff welfare: the two most formidable challenges that confronted the four hitherto unknown Nigerians who took the bull by the horn bolstered by their ingenuity and administrative competence and pulled the fund back from total irrelevance within a few months in office.

Since the Fund began to implement the Employment Compensation Scheme (ECS) in 2011 sequel to the passage of Employees Compensation Act (ECA) in 2010 by the Goodluck Jonathan administration, there was no training of the new recruited staff that were hired to midwife the scheme while staff were stagnated as no promotion took place.

The initial sign that their tenure would be turbulent was offered by the Minister of Labour and Employment, Dr Chris Ngige, who noted that he did not have an input into the selection process of these Nigerians.

He opined that it is his responsibility to recommend to Mr President, ‘the proper and fit people to occupy the office’. There are five parastatals in the Ministry of Labour and Employment. They are: Nigeria Social Insurance Trust Fund (NSITF), the National Productivity Centre (NPC), National Arbitration Panel (NAP), Michael Imoudu National Institute for Labour Studies Ilorin (MINILS) and of course the National Directorate of Employment (NDE). In all these parastatals, none was the ‘recommendation’ of Ngige sought before appointments were made.

In the NDE where the Director General, Dr Nasiru Ladan Mohammed Argungu holds sway, Dr Ngige had to abandon his duty post as the Chairman of the Board for Festus Keyamo when the heat generated by the Director General was too much for him to bear. As a member of the Presidential Campaign Council and an indigene of Kebbi state, Argungu, used his ‘northern connection’ to frustrate the Minister away from the Directorate.

Upon resumption of office in May 2017, the Managing Director of the Fund, Adebayo Somefun said: “We will place high premium on training and improved welfare of our staff because they are the tool that we will use to deliver creditably. Training is important because it improves employees’ ability and skills and in turn improves performance both in quality and quantity. Staff have to be constantly trained and retrained or they lose their relevance in this new high-tech age.”

Recognizing that probity is the most important pillar of the Buhari’s administration, the management promptly reinforced the Procurement department which was virtually non-existence as at the time of resumption of the management.

To demonstrate its openness to transparency and accountability, the management willingly accepted the Professional that was posted to the Fund from the Bureau of Public Procurement (BPP) to help set up the revitalized department. So, the department was not peopled by loyalists or relatives of any members of the management as the BPP was given the freehand to post officers the Bureau felt were capable and efficient to drive the new vision of the management.

The breakdown of the income showed that the management invested majorly in public equity investment, real estate, Federal Government bonds and treasury bills.

The NSITF has estates in many states of the federation that included properties in choice areas in Abuja, Port Harcourt and Lagos, which continually yield high dividends at the end of the year depending on rent renewal agreements.

The management was not unduly focusing on revenue generation alone, it also ensured that other responsibilities do not suffer.

Hence, to promote propriety and accountability, the accrued revenues are often split between responsibilities and obligation to ensure no department suffers unduly.

Indeed, some of the early dividends that the proactive measures taken as soon as the team settled resulted in a sharp rise of contribution from just over N18 billion in 2017 to over N27 billion as at last year 2019.

Under the supervision of the Managing Director”s Office, staff welfare was improved upon from 2017 to date as all payment of all outstanding staff allowances in batches was initiated and paid to date.

The Executive Director, Operations (EDOps), Mrs Kemi Nelson facilitated the writing of letters to indebted MDAs who had hitherto registered but had outstanding contributions which brought over N1 billion to the Fund.

Her team also improved coverage of the scheme and registration of employees by over 25, 000 (a 150% improvement) and over 100,000 employers nationwide.

The MD/CE and his team successfully coordinated the collaboration with National Assembly to recover outstanding contributions, which bolstered wider publicity coverage of the scheme and increased social media presence for the Fund.

Management also engendered collaboration with other Agencies in the successful profiling of the Scheme on platforms such as the Arts and Culture group, NOA, BPP, INEC FIRS, Budget Office to reduce the occurrence of fake certificates of compliance and doctoring of employees’ emoluments by some employers.

In a concerted effort to ensure that the Fund keys into the Federal Governments ‘ease of doing business’, management  engineered the process of reducing the length of time for processing and the issuance of compliance certificates from two weeks to 48 hours within Nigeria. Within this period, the Fund ensured regular courtesy visits to sister MDAs such as FIRS, BPP, Lagos, Oyo, Ekiti State governments, NIMASA, NPA, INEC as a way of ensuring their commitment to the Scheme’s obligations, foster good working relationship and engineer the prompt remittance of contribution collections.

It also devised the instrument of Inspection to profile underpaying employers, which led to the Fund successful collection of contributions from such employers in excess of N400million.

As a way of boosting the morale of the workforce, the MD”s Excellence Award was instituted vis-a-vis Operations department also entrenched a system of rewards and recognition Fund-wide to deserving staff by writing letters of commendation and giving awards.

JUST IN: FG caves in to ASUU request on UTAS