The tears for Ndume? By Azubuike Ishiekwene 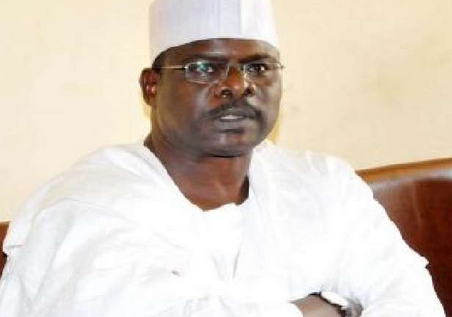 I’m sorry for those who cry for politicians. It’s OK to shed crocodile tears or to cry for them with seeing eyes. But to let them make you so miserable as to cry or so mad as to join a street protest for them is foolish.

In one week alone, the tears shed over the six-month suspension of Mohammed Ali Ndume would be enough to drown the recession. But then I ask: What’s the point, really?

Two weeks ago, Ndume raised a motion on the floor of the Senate asking for an investigation into allegations that Senate President Bukola Saraki imported a Range Rover jeep valued at N298 million, and that Dino Melaye did not graduate from Ahmadu Bello University.

On that occasion, Ndume read out a long list of former senators and members of the House of Representatives who had faced similar – even worse allegations – in the past and said it was in the interest of the chamber to put the matter to rest.

The matter was referred to the Ethics and Privileges committee, which saw no evil, heard no evil and did no evil.

Then, the gun was turned on Ndume’s head and the trigger pulled at pointblank range.

All the tears for his redemption appear to have been in vain.

Who will speak for the weary people of Gwoza, a town that witnessed one of the worst casualties at the height of the encounter with Boko Haram in Borno?

A day or two after Shettima and co went to beg Saraki, the streets of Abuja erupted with scores of young people who claimed they were from Borno besieging the National Assembly in a bid to make their voices heard. The protesters have given the Senate an ultimatum, which expires on Monday, to recall Ndume.

If they had done a bit of homework, they would have found that the National Assembly is not for the hearing or the caring.

With little exception, it’s a refuge of scoundrels who care mostly about their own survival and personal interests.

Saraki was right. Pardon for Ndume is not in his hands; it’s in the hands of a political mob, which the Senate President leads, a mob enabled by a weak and confused executive branch.

Shettima and co may be playing politics, but the protesters ought to be wiser. If they had rubbed their eyes even slightly before setting out, they would have seen that Ndume, a serial political philanderer like most politicians, was also largely responsible for nurturing the monster that has now consumed him.

The current leadership of the Senate emerged by a flawed and controversial process. Ndume, a two-time member of the House of Representatives and ranking senator, knew full well when he cast his lot with Saraki and co, against his party’s wish, that he was riding the tiger.

He even ran for deputy but was defeated by Ike Ekweremadu and, later, settled.

It was a fraudulent bargain – he sold his party down the river for a ranking position as “Majority Leader.” In every bargain with the tiger, the ride is free but the rider cannot have any doubts where he would end up.

I can almost hear Ndume’s ghostly cry from the belly of the tiger and indeed I remember that he was one of the lone voices in the Senate for the confirmation of the acting EFCC Chairman, Ibrahim Magu, Nigeria’s only public servant who has held an office for over one year without a letter of appointment.

Last year, House member Abdulmumin Jibrin got a one-year suspension for calling out the House leadership over allegations of sexing up budget figures. Although Ndume’s punishment is half as severe, the leadership of the National Assembly appears to be sending a message that it’s either its own way or the highway.

A chill of silence is inevitable and that is very dangerous.

But he’s not finished. Not just yet. Ndume can either take it in his chin or challenge his suspension in court. Enough has been said already to suggest that he has grounds for judicial redress. It’s humiliating for him to line up group after group of intercessors, begging like a recalcitrant schoolboy.

He insists he did no wrong, that all he wanted by raising the matter on the floor was to save the Senate’s reputation. Fair enough but begging won’t help him. And it’s also useless shedding tears.

If Ndume truly believes he has been hard done by, he should challenge his suspension in court – or just be a man and swallow it.