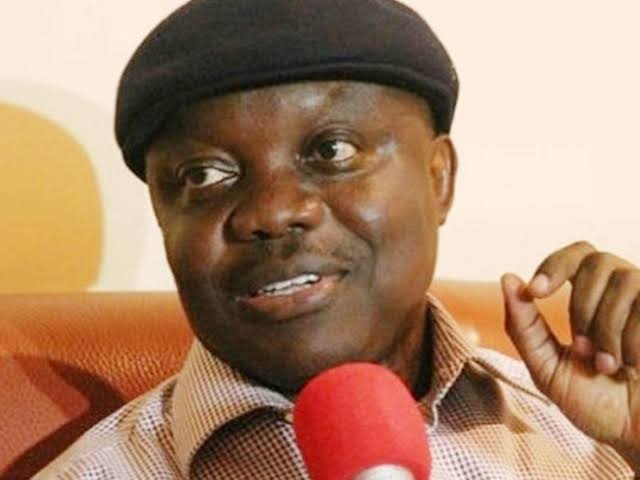 Recall that before this recent move the former number one citizen had hosted all PDP stalwarts in his country home where he bared his mind on the way forward.

Uduaghan, on Sunday met with leaders of the Peoples Democratic Party (PDP) from Isoko North and South Local Government Areas of the state over the disagreement among leaders of the party in the area.

Uduaghan, who called for unity and peace among party leaders in the area, stressed that PDP needs a united house as the party go into the 2023 general elections in the state.

The peace meeting was held at the residence of the former governor and was attended by prominent leaders of the party including the PDP House of Representatives’ candidate for Isoko Federal Constituency, Engr. Jonathan Ukodhiko and development activist, Afahokor Akpovienehe Duncan.

Also recall that after the conduct of the PDP primaries, the party in Isoko Nation had been factionalised along interest lines with some aggrieved leaders vowing not to work for the party’s victory in next year’s elections.

However, Uduaghan confirmed holding the peace meeting in a statement issued on Sunday by his Media Assistant, Monoyo Edon.

The statement said the former governor invited leaders from both sides across the two LGAs to chart a way forward to resolving the crisis in Isokoland, admonishing that the party cannot go into the forthcoming election with a divided house.

According to the statement, His Excellency, Dr. Emmanuel Eweta Uduaghan, CON, the Immediate Past Governor of Delta State and Chieftain of the PDP earlier today (Sunday) at his Warri GRA residence hosted PDP leaders of Isoko extraction as part of his recent move to unite aggrieved leaders and stakeholders of the PDP ahead of the 2023 general elections.

“The leaders had expressed confidence in the capacity of the two-term former Governor to resolve the issues not just in Isoko but also across the state and urged him not to be discouraged.

“Dr. Uduaghan pledged to host subsequent meetings with the leaders with a view to seeing thatthe leadership crises is resolved completely ahead of the 2023 elections.”