Home » Politics » ANALYSIS: 2023: Who will NNPP’s Kwankwaso forge an alliance with?

ANALYSIS: 2023: Who will NNPP’s Kwankwaso forge an alliance with?

by Oghenekevwe Uchechukwu
in Politics
Reading Time: 4 mins read
A A
0 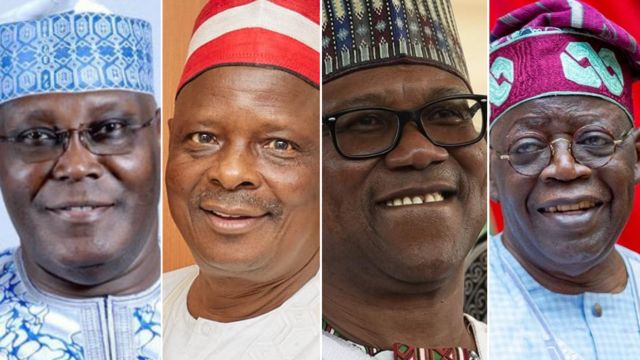 The New Nigerian Peoples Party (NNPP) prides itself as “the beautiful bride in the North” and hopes to expand its reach to all parts of the country and the diaspora, as part of strategies toward the 2023 general elections. In recent months many political bigwigs from the All Progressive Congress (APC) and the Peoples Democratic Party (PDP) have joined the NNPP to form what many regard as a third force.

A major selling point for the party is the emergence of a former governor of Kano state Rabiu Kwankwaso, as its presidential candidate. Kwankwaso, a former House of Representatives member, senator, and minister enjoys immense popularity and support in Nigeria’s north, particularly Kano state where he is rated as one of the best governors the state has produced, owing to the infrastructural development and scholarship programme for students which he implemented during his tenure.

National Chairman of the NNPP Rufai Ahmed Alkali, said his party was repositioning itself to provide an alternative platform that will rescue the nation from the stranglehold of the two main political parties APC and PDP, and deliver the gains of good governance including tackling insecurity, restoring the value of the Naira, creating job opportunities, promoting gender equality in government appointments, reviving moribund industries, etc.

“Let me once more assure Nigerians that unlike what is happening now, the NNPP administration would give every Nigerian a sense of belonging as nobody would be treated as a second-class citizen or discriminated or marginalized on the basis of tribe, religion or sex,” Alkali said.

Despite welcoming a vast array of members into the party within the last three months, the NNPP has remained committed to forming new alliances, especially outside of the north to secure victory at the polls in 2023. The party has been in the spotlight for months over its attempts to negotiate a strategic merger that can oust the ruling party.

The NNPP first considered an alliance with the Labour Party (LP) in June where Kwankwaso and the Presidential candidate for LP Peter Obi were to fly a joint ticket, with one of them stepping down their ambition to serve as vice for the other. Both men had been members of the PDP but defected to pursue the same ambition – to run for president of the Federal Republic of Nigeria. While Kwankwaso joined the NNPP in March, Obi waited two months before pitching his tent with the LP in May.

Kwankwaso has his foothold in the north, but Obi’s traction is among youths in the south and a merger of this sort some analysts said, would unsettle even the ruling APC. But after weeks of discussions through a committee that was set up, the anticipated marriage between both parties failed to happen against permutations and public expectations.

“From the discussion with Labour Party, the main issue was who becomes the president if the parties merge. At the end of the day, some of our representatives thought that there should be a criteria in terms of age, qualification, offices held, performance, and so on,” Kwankwaso said. Obi, on the other hand, said he would not be constrained by ethnic sentiments to settle for vice president and believes that the elections should be based purely on the merit of his campaign promises and proven track record as a former governor of Anambra state.

Speculations also emerged that the NNPP was now considering an alliance with the PDP, but the spokesperson of Kwankwaso’s Presidential Campaign Organisation Ladipo Johnson, dispelled the rumours, insisting that the party’s presidential flag bearer would not step down his ambition for the opposition’s candidate Atiku Abubakar.

Kwankwaso, who is making his second attempt to become Nigeria’s president, had tried unsuccessfully to clinch the PDP’s ticket in 2018 but lost to Abubakar who is yet again the party’s flag bearer. The presidential campaign spokesperson stressed that Kwankwaso is in the race to win and would contest the 2023 presidential election to the end as he joined the race of his convictions that he would make the desired change in Nigeria.

“I do not know how and why people come up with these assertions and speculations. Kwankwaso cannot and will not step down for anyone. Kwankwaso is not in the race to negotiate. He has the capacity, track record for competence and political will to lead Nigeria to greater heights. Our candidate has no reason to step down. His path to victory and chances are very high. Competitive yes but his chances are very high considering his acceptance nationwide as a man of integrity,” he reiterated.

There were also reports that Kwankwaso had stated during an interview with Arise TV that he will be willing to throw his weight behind the presidential candidate of the APC Bola Tinubu if he sensed he was unable to win the election. But his aide Muyi Fatosa said nothing could be farther from the truth.

“For the records and avoidance of doubt, in the interview with Dr. Reuben Abati of Arise TV where Dr. Reuben Abati asked Sen. Kwankwanso of his opinion about Asiwaju Bola Tinubu. Sen. Rabiu Musa Kwankwaso stated clearly in his response that “Bola Tinubu is my friend of many years, if I had not contested, I would have recommended him. I do not play politics of bitterness. We are both in the presidential race but I am a better candidate.”

“It is unfortunate to see many people taking the above statement to mean an endorsement of Tinubu and promoting such misconstrued message on the media. The Campaign Organisation strongly described as untrue the report that HE, Rabiu Musa Kwankwaso has in any way endorsed Bola Tinubu,” Fatosa said in a statement.

The NNPP said it will continue with its nationwide consultations which have so far been receiving positive feedback and while analysts say the party will have no chance without securing a strong alliance with the west, it is not clear which direction the party will swing, with just about two weeks before the official flag off of campaigns. 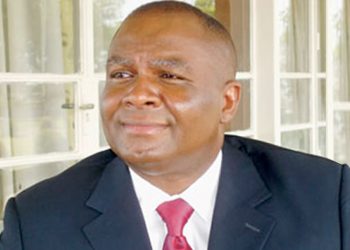 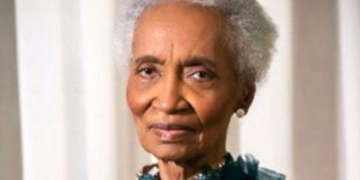 President Muhammadu Buhari has condoled with the Adefarasins on the passing of the matriarch of the family, Mrs Hilda Adefarasin,...