by Olaotan Falade
in Nigeria, Politics
41 1
0
17
SHARES
423
VIEWS
Share on WhatsAppShare on FacebookShare on TwitterShare on LinkedInShare on TelegramSend as Email

The Court of Appeal in Abuja will on Monday hear a case seeking the sack of Alhaji Adamu Muhammad Bulkachuwa, as Senator-elect for Bauchi North Senatorial District of Bauchi State.

Bulkachuwa, who is the husband of the President of the Court of Appeal, Justice Zainab Bulkachuwa, is of the All Progressive Congress (APC).

Information about the scheduled hearing of the case on June 3, 2019 is contained in hearing notices sent to parties by the court’s Registry in Abuja on Saturday.

The case, filed by Usman Abubakar Tuggar, is an appeal against an earlier judgment by Justice Ijeoma Ojukwu of the Federal High Court, Abuja in a suit marked: FHC/ABJ/CS/1240/08 by Tuggar, also of the APC.

Tuggar, who claimed have won the APC primary election held on October 3, 2018 in his senatorial district had, by the suit, challenged the APC’s alleged decision to submit Bulkachuwa’s name to the Independent National Electoral Commission (INEC), in his (Tuggar’s) place,  as its candidate for the actual election held on March 23, 2019.

Justice Ojukwu, in her judgment on April 18, 2019, upheld Bulkachuwa’s objection and struck out the suit on the grounds that it was statute barred, having been filed outside the 14 days allowed by the Constitution, a decision Tuggar appealed in the case slated for hearing on Monday by the Appeal Court.

Tuggar, in the appeal, filed by his team of lawyers, including Chike Okafor, faulted the judgment of the trial court, which he said resulted from the court’s misunderstanding of his case, particularly the cause of action.

He argued that the trial court erred in law when it wrongly held that the applicant (Tuggar) filed the suit outside the 14 days prescribed by Section 285(9) of the Constitution.

Tuggar stated that his complaint “is that his name was not submitted to the 3rd respondent (INEC) as the candidate of the 2nd respondent (APC) for the Bauchi North Senatorial District general election, having scored the highest number of votes cast at the primary election.”

Tuggar contended that the trial court erred when it held that the cause of action arose on October 9, 2018 as against October 19, 2018 when he discovered that the APC, rather than sending his name, sent Bulkachuwa’s name to INEC as its candidate.

He added: “The cause of action of the appellant can only be determined from the originating summons and affidavit of support he filed.

“From the originating summons, it is clear that his cause of action arose on the 19th of October 2018 when he discovered that the 2nd respondent did not submit his name and his forms to the 3rd respondent as its candidate for the general election for the Bauchi North Senatorial District.”

Tuggar also faulted the trial court for allegedly failing to consider all the evidence placed before it, but instead, only chose to limit itself to the preliminary objection filed against the suit by Bulkachuwa.

Tuggar equally wants the court to set aside the judgment of the trial court, void the election held on March 23, 2019 in Bauchi North Senatorial District and direct INEC to “conduct another election with the appellant as the candidate of the 2nd respondent (APC).” 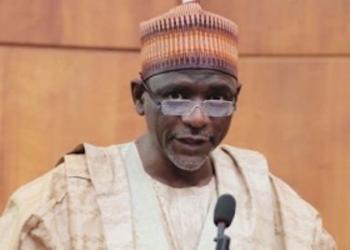