A stakeholders’ meeting convened on Tuesday by the Bayelsa State chapter of the All Progressives Congress (APC) to decide on the mode of the party’s primary election for the November 16 governorship election in the state ended in deadlock.
It was gathered that the APC state secretariat in Yenagoa, the venue of the meeting, became rowdy following outburst by some members of the state working committee against the Chairman of the party, Jothan Amos.
The meeting reportedly had critical stakeholders of the Bayelsa APC including various camps of the governorship aspirants in attendance.
A former Governor of the state, Chief Timipre Sylva; a former Minister of State for Agriculture, Heineken Lokpobiri and a founding member of the party, Prince Preye Aganaba were frontline governorship aspirants, who attended the meeting with their supporters.
Also in attendance were state House of Assembly and National Assembly lawmakers elected on the platform of the party.
It was gathered that no sooner had Amos introduced the meeting with remarks that the stakeholders should adopt a direct mode of primary than some of his executive members descended on him with objections.
They were said to have told Amos that his approach was wrong and against the constitution of APC insisting that before the stakeholders’ meeting, the state working committee ought to have met to decide on the agenda.
Despite the stalemate, some of Sylva’s loyalists claimed that the stakeholders harmonized and adopted the direct mode primary mode of election.
The camps of Lokpobiri and Aganaba, however, said that since the meeting ended in deadlock, the mode of primaries was never discussed by the stakeholders.
Speaking shortly after the meeting, the Director-General, Heineken Lokpobiri Campaign Organisation, Warman Ogoriba, said there was no discussion on mode of primary election.
Warman said: “The meeting ended in a stalemate. The party chairman ought to have met with the state working committee members to agree on the meeting and the agenda before coming to hold the stakeholders’ meeting. But the chairman failed to do so and our constitution provides for that.
“A number of the working committee members opposed the meeting and when he came up with the issue mode of primaries, it didn’t go down well with most of the stakeholders and that is the reason the meeting ended in a stalemate. No decision was taken because majority of the stakeholders felt that the chairman’s approach was wrong”. 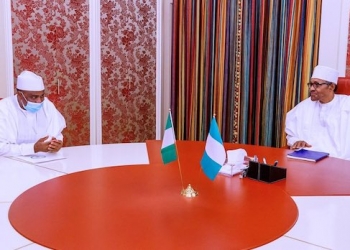