The All Progressives Congress (APC) told the Presidential Election Petition Tribunal in Abuja Friday that the People’s Democratic Party (PDP) had no candidate in the last presidential election. Responding to the petition filed by Atiku and the PDP challenging the victory of the APC candidate President Muhammadu Buhari in the election, the ruling party contended that by fielding Atiku, “a non-Nigerian by birth”, the PDP cannot claim to have had a candidate in the last presidential election.

The party argued that by virtue of not being a Nigerian by birth, Atiku, a former Vice President, was not qualified to contest the last presidential election.

It contended that by Section 131(a) of the Constitution, a person must be a citizen of Nigeria by birth to be qualified to contest the office of the President of the country.

The party noted that Atiku was born on November 25, 1946 in Jada, now Adamawa State, then in Northern Cameroon, “and is, therefore, a citizen of Cameroon.”

APC made the argument in its reply to the petition filed by Atiku and the PDP before the presidential election petition tribunal in Abuja.

It said Atiku (listed as 1st petitioner in the petition) “had no right to be voted for and returned in the election to the office of President of the Federal Republic of Nigeria held on Saturday 23 February, 2019, having regard to the clear provision of Section 131(a) of the Constitution of the Federal Republic of Nigeria (CFRN) 1999 as amended, which unequivocally stipulates inter alia, that for a person to be qualified for election to the office of President, he must be a citizen of Nigeria by birth.

“The 1st petitioner is not a citizen of Nigeria by birth and ought not to have even been allowed, in the first place, to contest the election.

“From available records, the lst petitioner was born on the 25th November, 1946 in Jada, Adamawa, in Northern Cameroon, and is therefore a citizen of Cameroon.

“His father was Garba Atiku Abdulkadir, who died In December, 1957. Prior to 1919, Cameroon was being administered by Germany. “But following the defeat of Germany in World War I, which ended in 1918, Cameroon became a League of Nations mandate territory which was split into French Cameroons and British Cameroons In 1919.

“British Cameroons was administered by the British from neighbouring Nigeria.

“The transition took place on June 1, 1961. It was as a result of that plebiscite that Northern Cameroon, which included Adamawa, became a part of Nigeria, and by derivation, the 1st petitioner became a citizen of Nigeria, but not by birth.

“The 1st petitioner, therefore, contrary to the assertion in Paragraph 1 of their petition, had no right to be voted for as a candidate in the election to the office of President of the Federal Republic of Nigeria held on 23rd February, 2019 across Nigeria.”

The party added that by reason of Atiku not having qualified to contest the election, all votes purportedly cast for the petitioners at the 23 February, 2019 election and as subsequently declared by INEC on the 27th of February 2019, are wasted votes.

In a preliminary objection raised by the party, the APC contended that the tribunal lacked the jurisdiction to countenance greater portion of the petition by Atiku and his party on the grounds that the claim contained therein, which relates to the challenge of the qualification of its candidate (Muhammadu Burai) was statute barred.

It added that by the provision of section 31(5) and (6) of the Electoral Act and Section 285(9) of the Constitution, the election tribunal was not the appropriate forum to litigate such claim.

The APC noted that before the election, INEC posted on its notice boards personal information of candidates for the public to see. It argued that since the petitioners did not challenge what they felt was wrong in Buhari’s qualification at the pre-election state, they cannot raise the issues now.

It said: “The petitioners failed and or neglected to challenge the validity of the 2nd respondent’s claim regarding his education qualification as contained in the Form CF001 submitted to INEC before the election.

“The petitioners have waived their right (if any) to challenge the propriety of the information contained in the INEC Form CF001 duly submitted to INEC.”

The APC, while asserting its victory at the election, noted that by the election results released by the Independent National Electoral Commission (INEC) and as contained in its (INEC’s) website, the PDP and its candidate did not win the election as claimed by the petitioners.

The APC stated that “the petition discloses no reasonable cause of action or any cause of action at all.” It argued that allegations in a substantial portion of the petition “are generic, vague, unreferable, non-specific, nebulous, bogus, imprecise, speculative and at large, contrary to the mandatory provisions of paragraph 4(1) (d) of the 1th Schedule to the Electoral Act, 2010 (as amended). “Allegations of noncompliance must be made distinctly and proved on polling unit basis; the petitioners in the allegations used the vague or generic expression such as: ‘in many polling units in the country’, ‘in some states, local governments, wards and polling units of the Federal Republic of Nigeria’, ‘some of such polling units’, ‘in some polling units and local governments across Nigeria,’ without giving particulars of the affected polling units and wards, hence no enough material to justify the grant of any reliefs sought.

“In the entire petition and/or the itemised paragraphs (stated in ground (7) herein), petitioners did not provide the particulars of polling unit(s) where any irregularity, malpractice, corrupt practices or non-compliance took place. “Failure of the petitioners to plead, with specificity, the particulars in terms of names, codes and/or polling units where the alleged malpractices, corrupt practices, non-compliance, irregularities, took place is a fundamental violation of Paragraph 4(1) (d) of the 1st Schedule to the Electoral Act, 2010 (as amended in 2015), which fact renders the petition incompetent and an abuse of court process.

“The petition, as presently constituted, is devoid of necessary particulars/information to support allegation of corrupt practices, violence and noncompliance with provisions of the Electoral Act.” The APC, which identified all the inadequacies as contained in the petition, added that it is incompetent and in gross violation of sections 2(1) and 24 of the Legal Practitioners Act, having been signed by an unknown individual and or entity. “The petition is not properly constituted, hence, it is incompetent and liable to be struck out. “Based on the foregoing, the 3rd respondent (APC) urges the court/tribunal to strike out the offending paragraphs of the petition and the petition itself,” the party said. 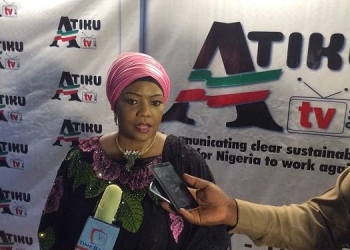