Home » Politics » DELTA: We are sincerely behind you – Uduaghan assures Oborevwori

DELTA: We are sincerely behind you – Uduaghan assures Oborevwori 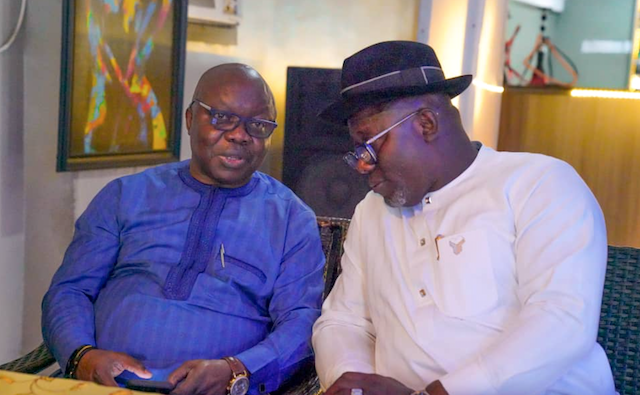 The immediate past Governor of Delta State, Dr Emmanuel Uduaghan has said that God has decided to hand over the power of the State Peoples Democratic Party (PDP) to the Speaker of State House of Assembly and State PDP Governorship Candidate for 2023 general elections in the state and declared that; “We are behind you”.

Speaking on Sunday, November 13th, 2022.in Effurun, Uvwie Local Government Area of Delta State, at a meeting of Federal Government College, Warri Old Students’ Association (FEGOCOWOSA), the former Governor said that he had nothing against the Candidacy of the Delta State PDP Governorship Candidate, Rt Hon Oborevwori, adding that he decided to support him out of his personal convictions.

According to him; “I am sincerely excited that you are here today, something happened on Saturday, November 12th, 2022. I said something somewhere at a meeting and it has been trending in the social media. Many people were surprised that I spoke like that, that I have identified with you properly, it was assumed I was critically against you. Like I told them at the meeting on Saturday, there is no transition from a sitting Governor to a non sitting Governor that it is very easy”.

“A Pastor told me when I was passing through my own, if it is easy that you can drink tea with cold water, it is not possible. The tea has to go through hot water for it to be drinkable, that means sometime to achieve something, you must go through some kinds of heat, we all go through it. You are going through your own heat now, you are going through the heat now and by God’s Grace, you will come out well in Jesus name, Amen”, he added.

The former Governor also said that; “I have openly identified with you on Saturday to kill alot of rumours. Since on Saturday, I have not slept, I have been receiving a lot of messages, why did you do that? Why did you do that? I did it out of my personal convictions, we are humans and we have our divisions. We have issues everywhere.

“Always, there are issues even from the swearing in, when you sit on that seat and lead us more until then, problem will continue every minute, everyday, but by God’s grace you have alot of pushings in absorbing every multiple problems and we are part of the push, we are behind you. Delta State will benefit a lot from your administration if elected Governor next year”.

While speaking, the Delta State PDP Governorship Candidate, Rt Hon Oborevwori said that; “My boss, it is a privilege and honour to be here this today . I got the information that the old students of the Federal Government College, Warri are having a meeting and I decided to come over here to greet you people, but didn’t know my boss and immediate past Governor of Delta State, His Excellency, Dr Emmanuel Uduaghan was here.

“When I got here and saw his car, I was shocked and I am happy meeting him here, he is a very humble, very calm and a very focused leader. He is a man of little words, but full of actions because I have worked with him when he appointed me as Special Adviser on Security. I thank you, Sir”.

“I am part of your product because if I am bad, you have a bad product. His Excellency, I am here to greet you and use this medium to talk to you, thank God I have the opportunity to address the house for few minutes, this is not a political rally, I know some will not like it but as a Warri boy, I know you will like it”, he stated.

The PDP Gubernatorial Candidate who was accompanied by the Deputy Chief Whip of the State House of Assembly, Hon Solomon Ighrakpata and the member representing Warri South One State Constituency and Chairman, House Committee on Health, Hon Augustin Uroye (JP) also said that;

“I know the terrain very well, I know what the people need and I believe this is the opportunity for Delta Central to produce a Governor. I have served for five and half years as a Speaker in the most vibrant House of Assembly in this country and as the Deputy National Chairman of the Conference of Speakers of States Legislature of Nigeria, no Speaker in the history of Delta State has spent three years or no Speaker has moved from one Assembly to another Assembly and no Speaker has held position at the national level.

“The primaries of our party have come and gone and this is the time for all of us to come together as one family and work together to win the election and I will not disappoint Deltans if elected Governor next year”.

He equally expressed gratitude to the immediate past governor of the state, Dr Uduaghan, an old student of the Federal Government College, Warri for identifying with them. 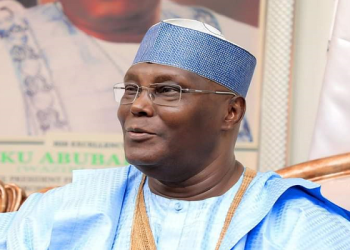 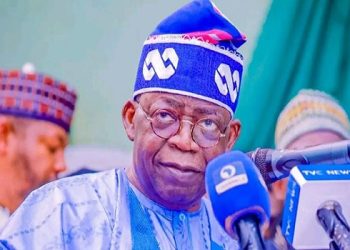