•11 seats yet to be declared •Three inconclusive

Already, the APC has 61 seats. The number will give the APC numerical strength in the Red Chamber. It will also enjoy a simple majority.

It will, however, not afford the APC the luxury of a two-third majority in the upper chamber.

The opposition Peoples Democratic Party (PDP) has won 33 of the seats announced as at the close of yesterday. The Young Progressive Party (YPP) won a senatorial seat in Anambra State.

The Independent National Electoral Commission (INEC) declared the election in four senatorial districts inconclusive. It was yet to announce the results from 11 senatorial zones as at the time of going to press last night.

There are 109 seats in the upper chamber of the National Assembly. They are made up of three senators from each of the 36 states. The Federal Capital Territory (FCT) has one slot.

The APC won all the 20 of the 21 slots from the Northwest which has 21 slots. The result of the remaining zone was yet to be declared as at yesterday.

It won in 13 of the 18 slots in the Southwest. The PDP clinched three seats and the election in the other two senatorial zones was declared inconclusive by the electoral umpire.

Also in the Northeast, the APC clinched 13 slots. The PDP won three. One was inconclusive.

In the Southsouth, the PDP won 15 of the 18 senatorial seats, leaving two to the APC. One was yet to be declared.

The PDP won seven seats in the Southeast. The APC took two. The results from four were yet to be declared and one inconclusive. The YPP won one slot.

In the Northcentral, the APC won 10 seats as against PDP’s four. The results from three districts were yet to be declared and one was inconclusive.

Two yet to be announced

Yet to be declared (South)

Two others yet to be declared

East (yet to be declared)

East (yet to be announced) 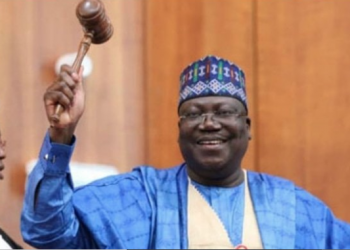