by Oghenekevwe Uchechukwu
in News, Politics
Reading Time: 1 min read
A A
0 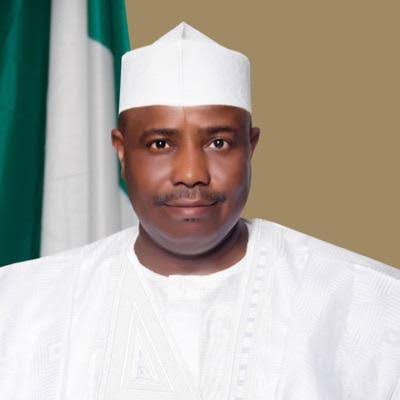 Governor of Sokoto State Aminu Tambuwal has been announced as the interim Chairman of the Nigerian Governors Forum (NGF).

The announcement was made during the National Economic Council (NEC) meeting of the NGF which held on Thursday in Abuja.

Tambuwal takes over from the Governor of Ekiti State Kayode Fayemi, who was recently elected president of the Forum of Regional and State Governments in Saidia, state of Casablanca, Morocco, as announced by the Forum’s spokesperson Abdulrazaque Bello-Barkindo through a statement.

A formal handover ceremony is expected to take place in October and the new interim Chairman will hold the fort until May 2023 when a proper election of governors will be held.

Committee of Vice-Chancellors gets new chairman