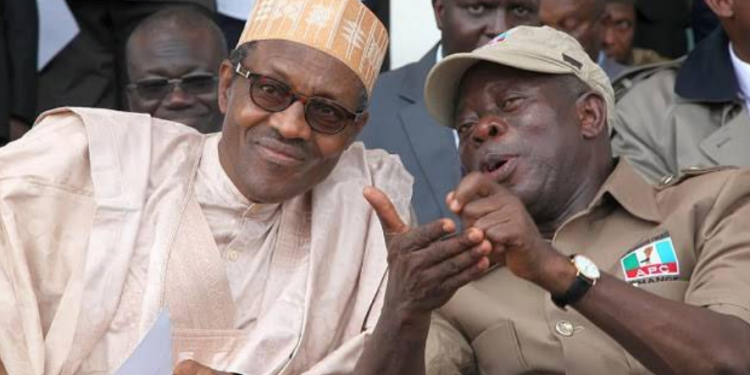 The Peoples Democratic Party (PDP) has told the National Chairman of the All Progressives Congress (APC), Adams Oshiomhole, to wake up from his pipe dream of thinking that his anti-people party can forcefully take over Taraba and Delta States in 2019.

The party said Oshiomhole should concentrate his energies on saving his APC from imminent collapse rather than attempting to bully and override the people of Delta and Taraba states ahead of 2019 elections.

Perhaps Oshiomhole mistook Delta and Taraba states 2019 elections for the APC 2018 national convention where President Muhammadu Buhari bullied and intimidated delegates to foist him as National Chairman, without proper election.

Nigerians know that Delta and Taraba states are major strongholds of the PDP for which we clearly won the 2015 governorship and presidential elections in the states.

The PDP, in 2015, enjoyed overwhelming followership which has now tripled in the last three years, signposting our inevitable victory in 2019, particularly due to the sterling performance of Governors Ifeanyi Okowa and Darius Ishaku in delivering good governance and development to the people.

Furthermore, it is an unpardonable assault on the sensibilities of the people of these states for Oshiomhole to mute that they will vote for the same APC, which has failed to protect their lives and has continued to play helpless while marauders slaughter their brothers and sisters and ravage their communities.

We are however not unaware of Oshiomhole’s pattern of deploying false assertions, propaganda and instigating confusion, but we assure him that such cannot work in Delta and Taraba states, no matter the machination, as the people are solidly behind the PDP in our quest with majority of Nigerians to rescue our nation from the clutches of the APC.

Instead of wasting his time fixating on PDP states, we advice Oshiomhole to direct his energy on how to save his crumbling party from the misfortune of being stuck with an unpopular candidate in President Buhari, who has become the fixed omen of inescapable electoral humiliation of the APC in 2019.

Even Oshiomhole, who by now ought to have surrendered himself to the Economic and Financial Crimes Commission (EFCC) over allegations of humongous corruption and stealing of public funds hanging on his neck, knows that he is a derelict salesman of a very bad product, but had to believably take up the job to save himself from prosecution.

We know that Oshiomhole, in the excitement of his prosecution cover, would do everything to please his benefactor, but rather than seeking to distract our governors, who are busy delivering and commissioning projects, he should direct attention to President Buhari and APC governors who cannot boast of any serious achievement upon which they can campaign in 2019.

The PDP cautions the APC to perish the thoughts of muzzling the electoral process at any level in 2019, as such will be stiffly resisted by Nigerians across the country.

Ekiti 2018: Lies won’t save you from defeat – Fayemi tells Fayose