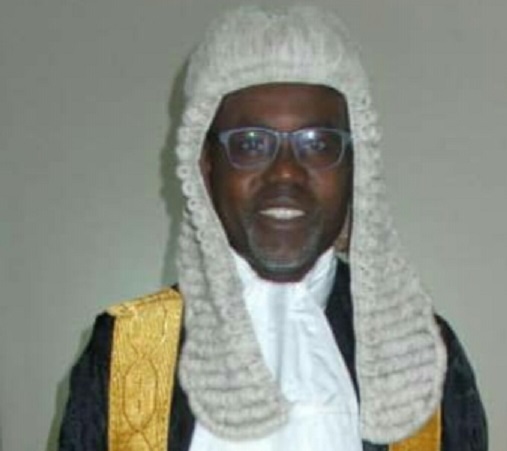 Professor of International Law and jurispundence, Wahab Olasupo Egbewole has emerged the new Vice-Chancellor of the University of Ilorin.

The announcement was made public by the  Pro-Chancellor and Chairman of the University, Malam Abidu, on Thursday in Ilorin the Kwara state capital.

He said the emergence of Egbewole, who has been with the university community for the last 25 years, followed a rigorous selection procedure.

Killers of UNILORIN student sentenced to death by hanging

He added that 13 University professor were shortlisted for the post of VC in the institution but Egbewole came out tops after a  rigorous process.

The chairman said the University of Ilorin placed a nationwide advertorial for applicants and through its website and mounted a special search process through which the council reached out to not less 56 people in Universities and other institutions both at home and abroad, but only 29 applications were received.

He said the “Council constituted a selection board to assess and shortlist suitable candidates and in the end we 13 candidates who fulfilled our advertisement and other conditions.

Yazid, however, added that the shortlisted candidates had their applications processed for over a period of four days before the council decided to settle for Egbewole.

He said the choice of the council for the new Vice-Chancellor was based among other things on “who would be sympathetic to the needs of the students and be mindful of the needs and aspirations of the institution’s host community.

“We interacted with them and processed their application over a period of four days.

“We checked and double-checked their credentials. We closely questioned and probed each of them to make sure that they would support and fulfill the vision and mission of the University.

“I am glad to inform you that the Council, after rigorous selection procedure, approved the appointment of Professor Wahab Olasupo Egbewole, SAN as the twelfth Vice-Chancellor of the University of Ilorin”, Yazid said.

Egbewole, a Senior Advocate of Nigeria (SAN), will take over from the incumbent Vice-Chancellor, Professor Sulyman Age Abdulkareem, whose tenure ends October 15, 2022.