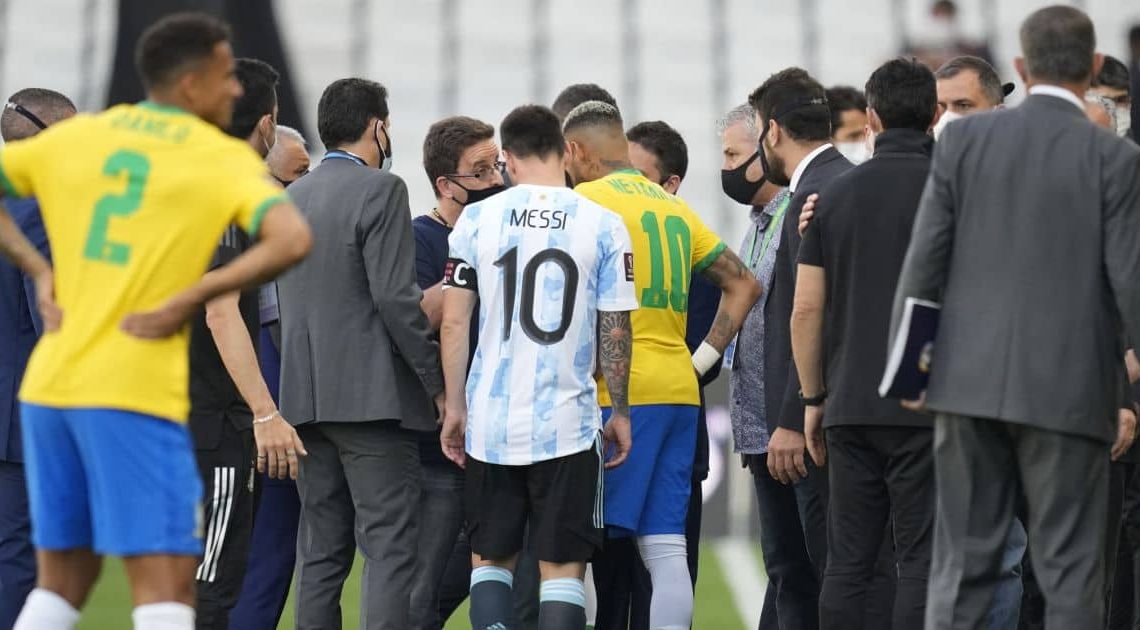 Global football governing body FIFA confirmed on Monday that the abandoned 2022 World Cup qualifier between Brazil and Argentina will be replayed next month.

“After analysing the submissions of both parties and considering all circumstances of the case, the Appeal Committee confirmed that the match would be replayed.

”It also upheld the fine of 50,000 Swiss francs (50,200 dollars) that was imposed on both associations as a result of the abandonment.”

The match in Sao Paolo on Sept. 5, 2021, was abandoned after only few minutes.

Brazilian health authorities had insisted that some Argentina players had entered the country in breach of then coronavirus regulations.

FIFA did reduce a 250,000 Swiss franc fine for Brazil “with respect to infringements related to order and security”.

It also cut a 100,000 franc fine imposed on the AFA for “its failure to comply with its obligations in relation to the preparation of and its participation in the match.”

Brazil finished top in the South American qualifying competition for the World Cup in Qatar later this year with Argentina second.

That order will not change, regardless of the outcome of the June 11 replay.