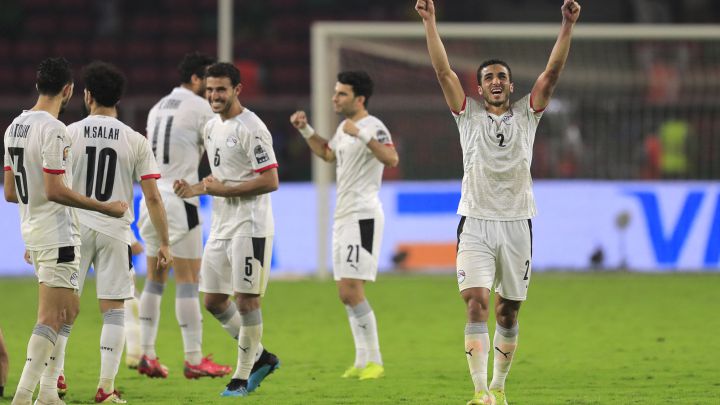 Egypt scaled through to the final of the 2021 Africa Cup of Nations (AFCON) after defeating hosts Cameroon 3-1 in a penalty shootout following a goalless draw after extra time in Yaounde.

Elsayed who stood in for coach Carlos Queiroz in a the post-match press conference after the coach was shown a red card for losing his temper on the touch line said the players made the difference in a difficult match.

He however stressed that even though they managed to reach the final, they are yet to achieve their final goal.

“Each time, the Egyptian team are always favourites to win the tournament. Tonight we played the usual game and we managed to reach the final.

“I will like to thank our coach Carlos Queiroz who was expelled during the game as well as all the players who made the difference with their ardor and grinta throughout the tournament.

“We are happy, it’s true, but we have not yet reached the final objective: the coronation,” he said.

Elsayed also praised their talisman Salah for his contribution to the success of the team thus far.

“I can also add that our background is also due to the presence of one of the great players in our training, namely Mohamed Salah.

“A very essential player in our team and who remains the centerpiece for us,” he said.

Also, Man-of-the Match, Mohamed Abdelmoneim praised Salah for his support to the team, adding that he made the difference in a difficult match against a strong Cameroon side.

“It was a good match for us.

“A difficult match against a good Cameroonian team but our team knew how to make the difference with a Mohamed Salah who supported us throughout the match like a great leader.

“Thank God, we succeeded in our penalty shootout to secure a place in the final,” he said.