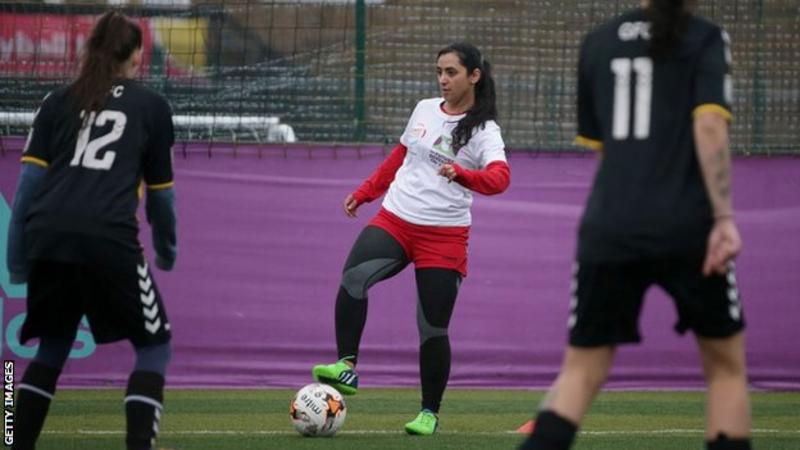 The Australian government has evacuated more than 50 women footballers and athletes and their dependents from Afghanistan following an appeal by world bodies Fifa and Fifpro.

A statement by the international footballers’ federation Fifpro expressed gratitude to Australia.

Following the retaking of Kabul by the Taliban, many Afghan sportswomen went into hiding.

The statement said work was still needed to settle the women abroad.

“These young women, both as athletes and activists, have been in a position of danger and on behalf of their peers around the world we thank the international community for coming to their aid,” Fifpro said of an evacuation that was for more than 50 people according to news sources including ABC.

“We urge the international community to make sure that they receive all the help they need. There are also many athletes still at risk in Afghanistan and every effort should be made to offer them support.”

Afghanistan’s former football captain Khalida Popal described the evacuation of the group, which included members of the Afghanistan national women’s football team and their youth team, as “an important victory”.

However, she cautioned that more work was still needed in saving others from an uncertain fate.

“The women footballers have been brave and strong in a moment of crisis and we hope they will have a better life outside Afghanistan,” said Popal, 34. “Women’s football is a family and we must make sure everyone is safe.”

Fifpro general secretary Jonas Baer-Hoffmann said evacuating the women was “an incredibly complex process for everyone involved”, adding: “Our hearts go out to all the others who remain stranded in the country against their will.”

“I have not been able to sleep, I have been crying and feeling helpless,” Popal said.

When the Taliban seized power in Afghanistan in the late-1990s, girls were prevented from attending school after the age of 10 and many forced into child marriage.

Under the oppressive rule, which ended in 2001 after a military campaign spearheaded by US armed forces, women could not leave home alone and were forced to wear the burqa.