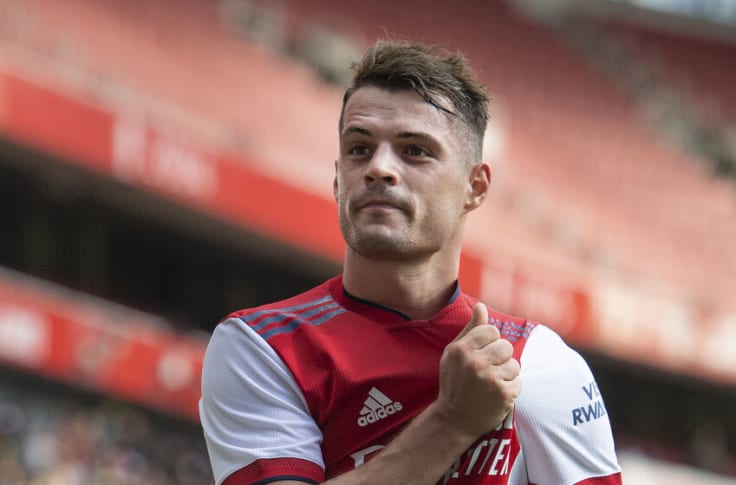 Arsenal midfielder Granit Xhaka is set to be missing into the New Year.

Xhaka suffered ligament damage to his right knee in the 3-1 north London derby victory over Tottenham in September.

He had just returned from a three-match ban before being hit by the injury, although he escaped the need for surgery and a longer period on the sidelines.

But an injury update offered by Arsenal on Friday morning confirmed he would not be returning to training before the end of 2021.

It read: “Granit is making good progress in the initial stages of his recovery from a medial knee ligament injury sustained on September 26.

“The current aim is for Granit to be back in full training early in the New Year.”