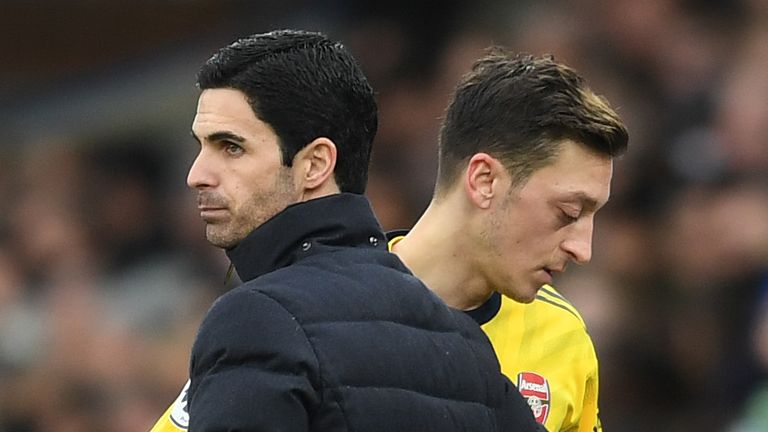 Mikel Arteta says he was pleased to hear Mesut Ozil had been supporting Arsenal from afar during their 2-1 win over Rapid Vienna on Thursday.

Ozil did not travel with his Gunners team-mates as Arteta left him out of his squads for both the Europa League and the Premier League.

The 32-year-old has not played for Arsenal since football returned from coronavirus lockdown but has been at the centre of attention regardless, with speculation around his future rife.

Ozil criticised Arsenal after being left out of Arteta’s squads, noting that “loyalty is hard to come by” in football in a public message.

Before kick-off against Vienna, though, he wrote on Twitter that he would be supporting his team-mates from afar, predicting a 4-1 Gunners win. Ozil continued tweeting throughout the game, and celebrated their victory with a Man of the Match poll.

Arteta was made aware of the tweets after the game and commented: “It’s great. It’s what I want from all the players that are in our squad, I wouldn’t expect anything different – so it’s good to hear.”

The Spaniard was also asked whether he was frustrated at the amount of media coverage surrounding a player who hasn’t been on the pitch.

“No, it’s part of the situation we have and we have big players in this position it’s normal that people want to know, that fans want to have information and you guys want to ask the questions,” he replied.

“So I take it in a natural way and try to respond with honesty and clarity and give the information that is available from the inside.” 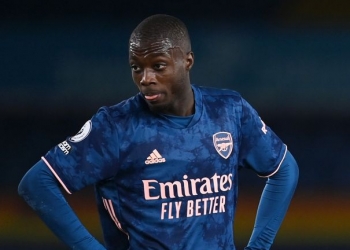 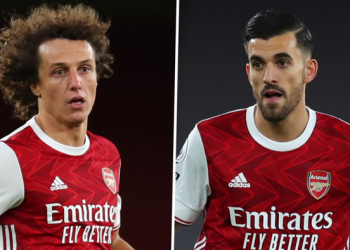 #EndSARS: Govs should be able to hire, fire police commissioner at will - Obaseki