by Adebayo Animasaun
in Football, Sports
42 1
0 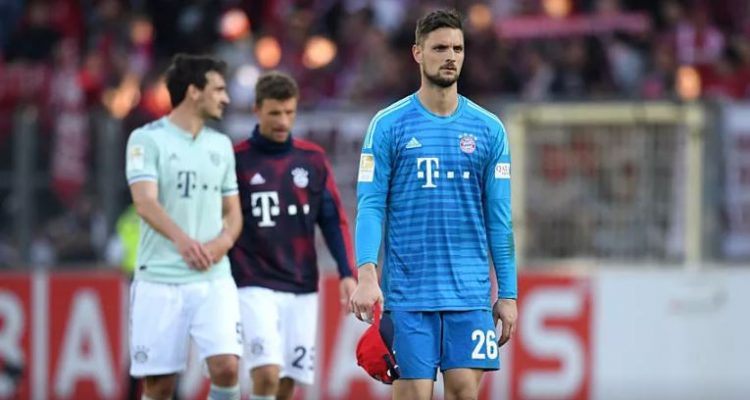 458
Champions Bayern Munich stumbled to a 1-1 draw at Freiburg on Saturday to hand the Bundesliga top spot back to Borussia Dortmund who beat VfL Wolfsburg 2-0.

The Bavarians, who had won 13 of their previous 14 league games, cancelled out Lucas Hoeler’s third-minute strike with Robert Lewandowski’s 199th Bundesliga goal in the 22nd.

But their backline featuring Mats Hummels and Jerome Boateng, who were both dropped from the national team recently, looked extremely shaky and Freiburg could have grabbed another.

Bayern gradually assumed control but the Poland striker’s sensational volley for the equaliser was not enough and he wasted a bagful of golden chances in the second half.

“We had to use the chances we had in the second half,” Bayern coach Niko Kovac told reporters.

“In the second half we had a large number of them which we simply did not use. Otherwise we would have easily won this game.

“Now we are running behind (Dortmund) again. It is frustrating.”

The Bavarians, with 17 goals in their previous three league games, hit the woodwork in stoppage time but were left on 61 points, two behind Dortmund whom they play next week.

Bayern, who have signed the world’s second most expensive defender in Lucas Hernandez with 80 million euros for next season, are chasing a record-extending sixth successive league title after their Champions League round of 16 exit to Liverpool.

RB Leipzig’s Yussuf Poulsen scored a hat-trick in their 5-0 demolition of Hertha Berlin to open up a five-point gap in third place on 52, with Borussia Moenchengladbach fourth on 47.