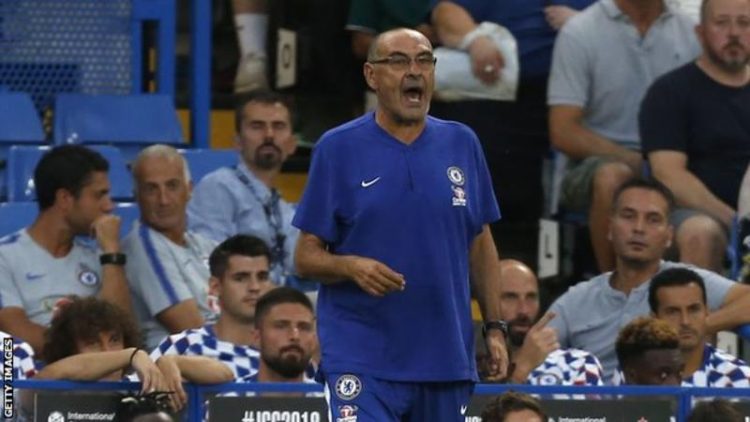 Maurizio Sarri has moved out of his London home as he waits for Chelsea to allow him to move to Juventus.

The Daily Mail says Sarri and his staff remain in limbo while they wait for his Chelsea exit to be rubber-stamped.

Sarri went back to Italy last week ahead of his expected appointment as Juventus boss.

Once he returned to his home in Tuscany, Sarri gave an interview to an Italian magazine explaining how much he has missed Italy while he has been in charge at Chelsea.

Yet the clearest hint that he has no intention of coming back to England is the fact he has cleared out the Surrey home he was staying in and moved all his property back to Italy.

Members of his coaching staff had also given their notice ahead of moving out of their rented properties before Sarri vacated his home.