Copa America: Messi sent off before halftime against Chile

by Adebayo Animasaun
in Football, Sports
0
17
SHARES
427
VIEWS
Share on WhatsAppShare on FacebookShare on TwitterShare on LinkedInShare on TelegramSend as Email
Lionel Messi was sent off before halftime in a bad-tempered third-place playoff between Argentina and Chile in the Copa America on Saturday.

The match was 34 minutes old when Chilean captain Gary Medel shepherded out a ball near his own goal. Messi challenged him from behind and Medel reacted angrily, pushing the Argentine and raising his hands.

The Paraguayan referee showed Medel a red card and although Messi did not react he was also sent off, prompting boos in Sao Paulo’s Corinthians arena.

It was only the second red card of Messi’s career, the first also coming while playing for Argentina on his debut against Hungary in 2005.

The match was continuing, with Argentina going 2-0 up thanks to goals from Sergio Aguero and Paulo Dybala.

Hosts Brazil face Peru in the final on Sunday in Rio de Janeiro. 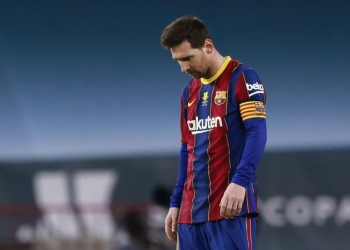 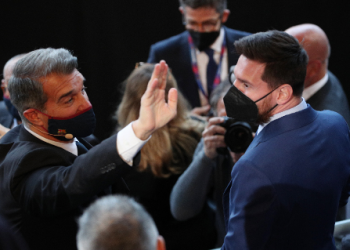 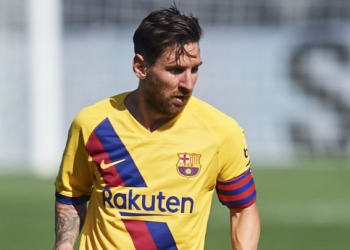