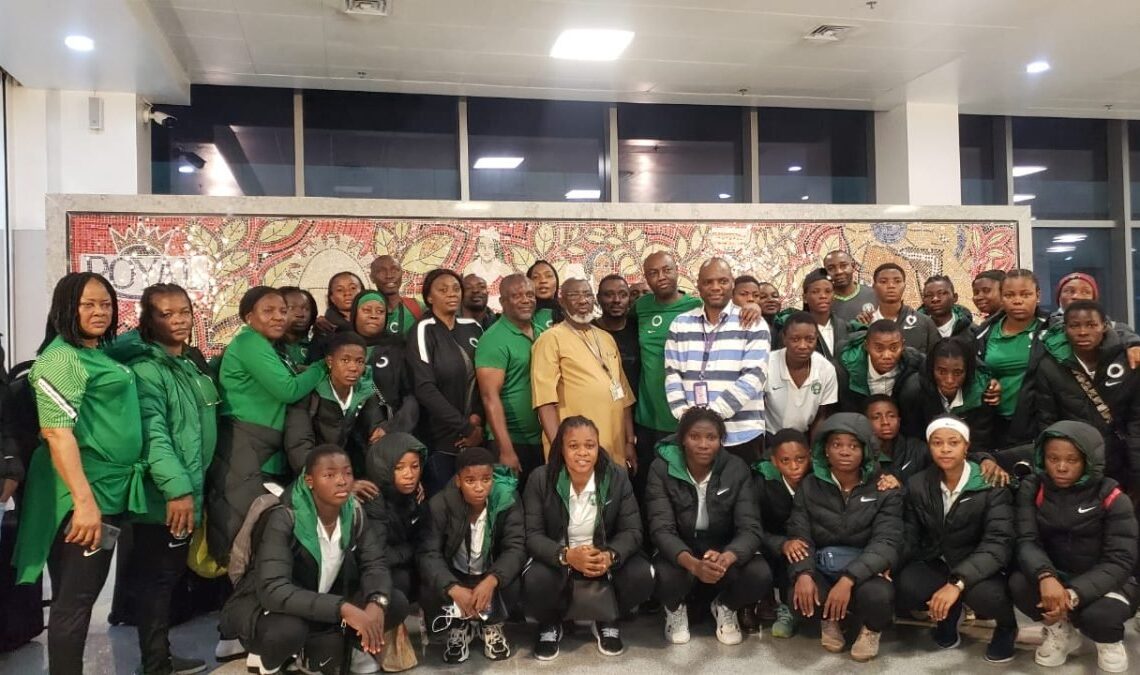 After passing the night openly at Istanbul airport, the Falconets landed in Abuja in the early hours of Thursday following their ouster from the 2022 FIFA U-20 Women’s World Cup.

Secretary-General of the Nigeria Football Federation and the representative of Minister of Youths and sports, Toyin Ibitoye were on ground to receive the team at the Nnamdi Azikiwe International Airport, Abuja.

Recall that, the players and officials had issues with transit visas and were forced to sleep out at Istanbul Airport, and also had a few hours of delay in Colombia and Panama.

Falconets defeated France, South Korea, and Canada to finish top of their group before crashing out following a 2-0 loss to the Netherlands in the quater-finals.

Speculations are rife that some of the girls will be immediately drafted to the Super Falcons team that will feature at the Senior women’s World Cup slated for Australia in 2023.

5G network: Where and how to get access to service in Nigeria