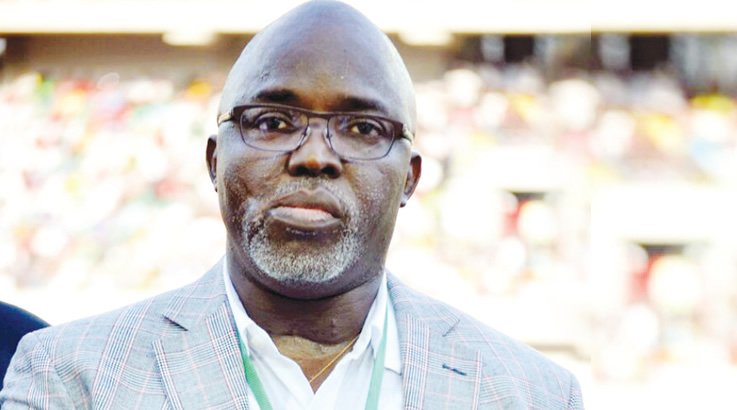 1.4k
A Federal High Court, sitting in  Abuja, on Monday, struck out a motion to appeal against the ruling discharging and acquitting Amaju Pinnick and others in a criminal charge filed against them.
In the ruling by Justice Inyang Ekwo, the case was struck out for lack of diligent prosecution.
Recall that the Chairman of, National Footballers Association of Nigeria, Harrison Jalla and staff of the association, Tunde Aderibigbe, had filed the motion on notice with charge number FHC/ABJ/ CR/93/2019.
They had sought an order of the court granting them leave to appeal as interested parties against the ruling of the court delivered on Feb. 30, 2020, discharging and acquitting the defendants in the matter.
Others listed in the motion include the Federal Republic of Nigeria as complainant/respondent; Sunusi Mohammed, Seyi Akinwumi, Shehu Dikko, Amaju  Pinnick and Yusuf Ahmed-Fresh as defendants/respondents.
Upon resumed hearing in the matter, Aliyu Alhassan, who represented the defendants, was in court while counsel for the applicants was absent.
Alhassan, therefore, informed the court that though the matter was scheduled for hearing, the applicants had not been diligent in prosecuting the case.
The lawyer prayed the court to dismiss the case.
Justice Ekwo, in a short ruling, said he had found that the matter had not been diligently prosecuted.
He said he observed that the matter was adjourned at the instance of the applicants in the last adjourned date and that there was no excuse given for their absence in court today.
The judge, consequently, struck out the matter for not being diligently prosecuted.
According to NAN,  the applicants, through their lawyer,  Dr Celsius Ukpong, had informed the court what the application was all about when the matter was mentioned.
The applicants, in the motion dated Dec. 16, 2020 and filed same day by their lawyer, had said that the motion was brought on the grounds that “at the day set for arraignment ,the applicants and other aggrieved people were in court to testify after the arraignment.”
They argued that when the prosecutor who took over from the agency that filed the charge suddenly apply to withdraw the charge in order to study the file or whatever only for the learned trial judge to discharge and acquit the defendants without any proper arraignment and trial.
“The applicants/interested party in the matter, in public interest, took risk and make a lot of sacrifices to complain and gather a lot of evidence to try the defendants before the defendants were finally charge to court.
“The defendants have been using the ruling of the learned trial court as a shield successfully against further prosecution in the matter that is yet to be tried.
“The prosecutions have neglected/refused to appeal against this decision,” they said.
They stated that it was immaterial whether the prosecution was interested to prosecute the matter or not, stressing that the matter should not end without proper prosecution “where witnesses who are willing are not allowed to testify.”
According to them, the prosecution cannot agree with defence counsel to dismiss a charge and acquit the defendants not minding the implication of such agreement.
“The interested parties/applicants were the nominal complainants and were acting in good faith and in public interest to see to the end of this trial where both parties are heard before the case is determined.
“The complainant, in Section 335 of the Administration of Criminal Justice Act (ACJA) is referring to, is the nominal complainant and not the prosecuting counsel. See FRNV.ONONYE 2018 LPELR -45067.
“The complainants or victims of the offence did not compound this offence to warrant the prosecuting counsel to agree to withdraw the charge so as to entitled the defendants to acquittal. SEE PML. NIG LTD. V. FRN (2017) LPELR -43480(SC),” they averred.
In the draft notice of appeal, the appellants stated that they were dissatisfied with the decision of a FHC delivered by Justice Ijeoma Ojukwu on Nov. 5, 2019, in charge number FHC/ABJ/CR/93/2019 wherein the defendants were discharged and acquitted.
In their grounds of appeal, they argued that Justice Ojukwu erred in law when she held that defendants had been discharged and acquitted for offences that had not been tried.
Besides, they also argued that the prosecuting counsel from the office of the Attorney-General of Federation took over the matter for the first time from an agency that filed the charge.
They said the prosecution counsel decided to compound the offence without recourse to primary complainant who were in court about to witness the trial, among others
Amaju Melvin  Pinnick was the immediate-past President of Nigeria Football Federation and a FIFA council member.
Tags: Amaju Melvin PinnickAmaju PinnickFederal High CourtNFF
SendShare109Tweet68 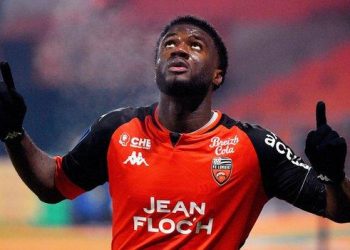 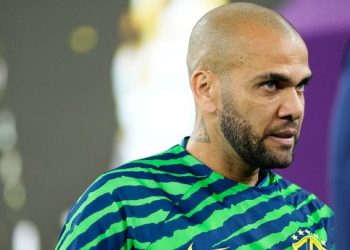