Lagos State has emerged winners of the South-West Zonal Eliminations by qualifying for 16 out of the 19 games available for the National Sports Festival (NSF) in Edo.

The News Agency of Nigeria (NAN) reports that Lagos State had played host to the two-day South-West Zonal Eliminations for the NSF in Edo later in March.

On the success of Team Lagos, the Director of Sports, Lagos State Sports Commission (LSSC), Simon Kolawole, said that the state had prepared ahead of the games.

“I want to believe that with the crop of players that we have now, Nigeria should watch out for the Team Lagos.

“We are known for our strength in grassroots development of sports, we are the only state that can boast of grooming local talents and nurturing them.

“I want to believe that with what I have seen during the qualifiers, Lagos State will be a surprise team at the National Sports Festival proper.

“This is because our athletes are prepared to win gold medals, we wont settle for the less,” he said.

Kolawole said that though he could not say categorically the position Lagos would take at the NSF, but expressed optimism that the team won’t fall below the top three.

NAN reports that Team Lagos emerged winners, while Ogun was placed second, Ondo on the third position with Oyo, Ekiti and Osun occupying the fourth, fifth and sixth, respectively. 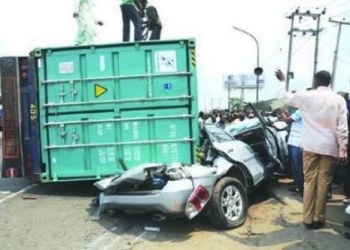