Football may not be the only thing ‘coming home’ this month as England boss Gareth Southgate’s World Cup waistcoat is being sought by the Museum of London.

Over 300 years since the sleeveless garment was first worn by King Charles II in the English capital, unlikely trendsetter Southgate has made waistcoats popular again.

The England manager has sported a navy blue Marks & Spencer one throughout England’s run to the World Cup semi-finals in Russia, which has led to increased sales and more Google searches for the item back home.

Actor Hugh Grant tweeted about the piece of clothing ahead of England’s quarter-final victory over Sweden and the following day BBC presenter Andrew Marr opened his show in a waistcoat as a tribute to Southgate.

The Museum of London now wants to recognise the garment’s revival by acquiring one of the England boss’ waistcoats for its permanent collection.

“The new fashion soon spread and for at least 300 years a three-piece suit soon formed a key part of every man’s wardrobe.

“Now Gareth Southgate is reviving that London tradition and bringing waistcoats home to the forefront of fashion.

“This acquisition would be a fantastic addition to our holdings and would come at an exciting time for us while we build the London Collection as we plan the New Museum in West Smithfield.” 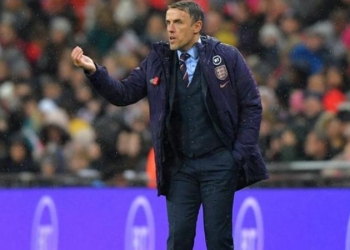