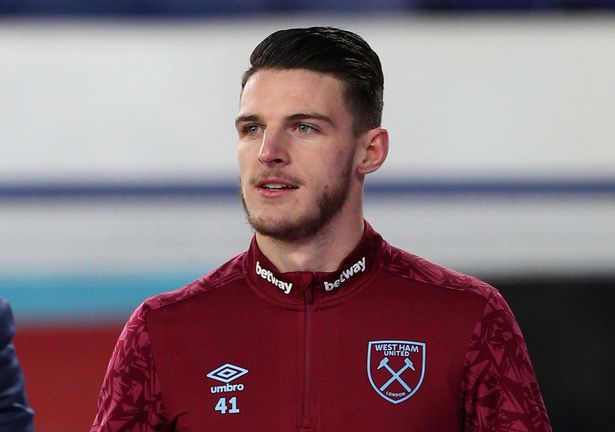 Rice was released by his boyhood club Chelsea aged 14 after struggling with the ‘physical aspect’ of football.

He recalled to Sky Sports: “Obviously, I was released at 14 by Chelsea, something that I didn’t expect at all.

“It was all I ever knew as a kid, you know, it’s my whole life, going there, training with the mates I’d met.

“And honestly, I felt like that was it – I was gutted, my dad coming home telling me after school.

“Other clubs find out before you get released about whether you’re going to be released or not, and that night I actually went and trained with Fulham.

“I trained with Fulham on Wednesday that night, and on Thursday I was at West Ham.”

On the embarrassment of being released, he said: “Yeah, definitely.

“I think the embarrassment of it you know, how did you tell your friends that you’ve been released by Chelsea.

“That was a tough one. Also shock, obviously, upset, so I thought where I’m going to go, what I’m going to do from here?

“I still don’t know the exact reason [why Chelsea released me] – I wish I did.

“I think it was probably down to the fact that when I was a kid I was actually tiny.

“I was going for a massive growth spurt at the time – my body wasn’t all connected together, my running pattern was really weird.

“Technical ability was fine, but in terms of the physical aspect of it, I was struggling.”