As Liverpool drew 2-2 against Crystal Palace 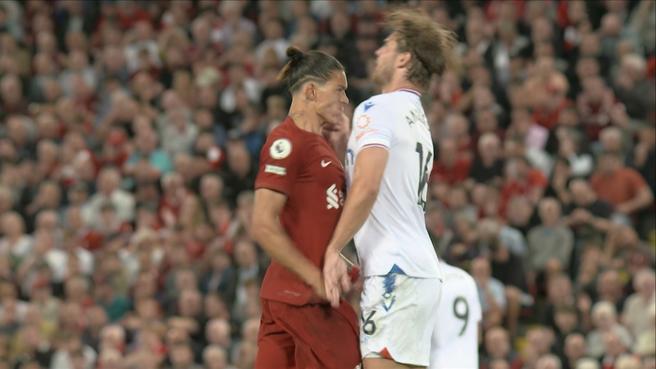 Liverpool boss, Jurgen Klopp has frowned at their boy Darwin Nunez for not exhibiting good conduct in the match against Crystal Palace before being shown a red card.

In his post macth reaction, Klopp slammed Nunez for not showing the spirit of a good sportsman. “it is not the reaction you want to see,” from the striker.

Klopp said that the referee did not make any mistake in sending the striker out of the pitch, saying, that was highly unbecoming.

The German tactician insisted he should have done better despite being provoked by the defender.

Asked how much Nunez let his team down, Klopp said: “He knows that now himself.

Liverpool played out a 1-1 draw with Crystal Palace in their second EPL game of the season.