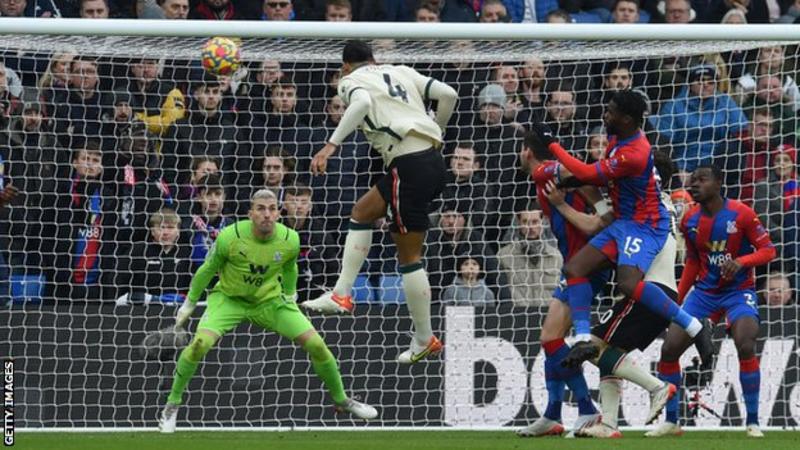 Liverpool boosted their hopes of catching Manchester City in the Premier League as they mixed early class with late resilience to hold off Crystal Palace at Selhurst Park.

Less than 24 hours after league leaders City dropped points for the first time since October, Jurgen Klopp’s side were sharp and ruthless early on to take the game away from their hosts.

The intensity of their press and crisp use of the ball overwhelmed Palace and Virgil van Dijk rose to deliver a bullet header for their opener before Alex Oxlade-Chamberlain finished a sweeping team move for their second.

Palace, though, eventually offered moments of warning, with Liverpool keeper Alisson forced to save well from Michael Olise and Jean-Philippe Mateta before Conor Gallagher glanced a header wide with the opening attack of the second half.

They finally broke through when the ever-willing Mateta raced onto Jeffrey Schlupp’s superb through ball and unselfishly squared for Odsonne Edouard to tap into an empty net.

It prompted nervy moments for Klopp’s side as Joachim Andersen drilled an effort wide and Olise went close with a late lob.

But Fabinho whipped home a penalty after Diogo Jota was felled in the box and a spot-kick was awarded after the VAR suggested referee Kevin Friend should revise his initial decision not to penalise Palace.

Match of the Day presenter Gary Lineker said the decision was not a penalty “in a million years” but it helped secure the victory for Klopp’s side, who have taken maximum league points from the fixtures missed by Mohamed Salah and Sadio Mane while they play in the Africa Cup of Nations.