Home » Event » FA to be stripped of power 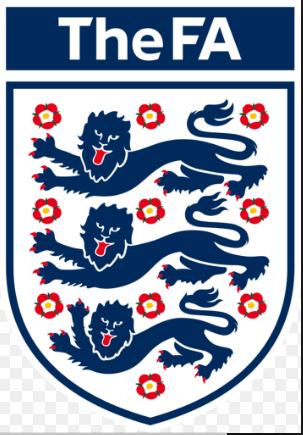 The Football Association faces being stripped of its power after five of its most senior former executives wrote to parliament saying the body was unfit for purpose.

The chairman of the Culture, Media & Sport select committee confirmed a draft bill was being prepared which would strip the FA’s council and shareholders of their decision-making powers and transfer them to a newly-constituted board of directors.

Damian Collins was also seeking a vote of no confidence in the FA – currently engulfed by its worst crisis in the shape of football’s child sexual abuse scandal – following its failure to modernise its governance structure in the five years since the select committee published a report calling for it to do so.

Collins revealed his plans in a reply to a joint letter from the FA’s first three independent chairmen, Lord Triesman, David Bernstein and Greg Dyke, and former executives Alex Horne and David Davies, which said the governing body was effectively arcane and being paralysed by the power of the Premier League.

As well as refusing to surrender decision-making powers to its board, the FA council – which the former executives say is made up largely of “white, elderly men, and therefore collectively unrepresentative of English society” – has repeatedly blocked the introduction of limits on members’ terms of office amid efforts to make the organisation more diverse.

The Government has already threatened to strip the FA of millions of public funding unless it appoints more women to its board, something it is all but powerless to do without stakeholder co-operation.

The letter to Collins also describes an FA board paralysed by vested interests, including those of the Premier League, which is accused of using its “financial might” to dominate the professional game.

The former executives also argue Government intervention “may well move us to redressing the woeful lack of English players or managers and the embarrassing failures of our national team for the past 50 years”.

The letter adds: “Amongst the signatories of this letter are the first three independent chairmen of the FA. We can testify first-hand that the FA’s decision-making structures are arcane and convoluted, leading to a lack of clarity about the role and purpose of these structures.

“The effect is compounded by the stakeholders who collectively exhibit vested interests, intransigence and short-termism at every turn.

“They effectively gridlock decision-making ability within the organisation due to the lack of an independent, external perspective, checks or balances.

“We are of the view that the various football stakeholders and institutions have shown themselves to be resistant to threats and they do not believe there is any external political will to enforce change.

“The FA has been given more than enough time to self-reform and therefore we now ask that parliament take this on board, recognise that further promises of change are not serious, and legislate as necessary, including the appointment of a regulator to achieve the changes that are so desperately needed.”

Citing the select committee’s reports on Football Governance in 2011 and 2013, Collins’s response reads: “The select committee shares your concern that the current structure of the FA makes it impossible for it to reform itself.

“As such, there is currently no effective governing body for football in England that is capable of responding to the challenges that face the modern game. Over three years ago, the committee called on the Government to introduce legislation if, within 12 months, significant progress to reforming the FA had not been made. We cannot afford to wait any longer.

“The committee is working with the parliamentary authorities to prepare a draft bill to deliver the necessary reform to the structure of the FA. We will also ask the backbench business committee if time can be secured for a debate in the House of Commons calling for a vote of no confidence in the FA, and for legislation to deliver the change it needs. We will also be writing to the secretary of state for Culture, Media & Sport asking for the Government’s support in this matter.

“I will write to advise you, as soon as possible, on the timings for the publication of the bill and the debate.”