Andre Gray became the first Burnley player to score a Premier League hat-trick as the Clarets comfortably defeated a poor Sunderland side.

Gray, who was playing in the sixth tier of English football with Hinckley United in 2012, netted his first after a defensive mix-up between John O’Shea and Papy Djilobodji.

The striker rounded Vito Mannone for his second before completing his treble with a low shot from Ashley Barnes’ pass.

Barnes converted a penalty to make it 4-0, before a consolation goal from Jermain Defoe after good play from Adnan Januzaj. 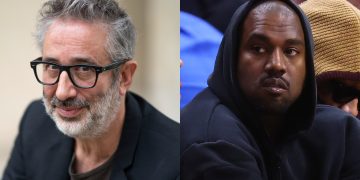 Jewish comedian, David Baddiel, has said he considers American rapper, Kanye West, to be a racist, stressing that allowing the...